Ravichandran Ashwin has been India’s frontline spinner for India for the last five years. Ashwin, having been part of the 2011 World Cup-winning team, will be keen on helping his side retain the title in ICC Cricket World Cup 2015. Pramod Ananth takes a closer look at the off-spinner from Chennai and feels that he might be the dark horse for India at the ICC Cricket World Cup 2015.

Having picked up 120 wickets in 88 matches at an economy under five, one would consider Ravichandran Ashwin an efficient bowler. However, Ashwin overtime has been tested in overseas  like England, Australia and New Zealand, and he has failed to make an impact. But, Ashwin has an excellent opportunity to set the record straight when he plays his part in helping India retain the World Cup trophy. ICC Cricket World Cup 2015: POINTS TABLE

Ashwin has had good exposure in sub-continental conditions and also abroad. But his wickets ratio is higher in home conditions compared toaway, which his 61 wickets from 38 games depict. He has performed extremely well in tournaments like ICC Champions Trophy 2013, which India won in England and put in decent performance in the Asia cup as well. He got only a couple of games in the 2011 edition, as Harbhajan Singh was preferred ahead of him. With Harbhajan Singh not finding a place, Ashwin will have to fill in his shoes. ICC Cricket World Cup 2015: SCHEDULE & MATCH DETAILS

The inclusion of Akshar Patel and Ravindra Jadeja do give India the depth in the spin department, but in conditions Down Under, it is unlikely India will name more than one spinner in a game. His 31 wickets in 17 matches at an economy rate of under 4.50 at neutral venues, predominantly consisting of major tournaments, shows that he can do well on the big stage, even if it is not in India. This will surely go in Ashwin’s favour when India decide on their playing XI. ICC Cricket World Cup 2015: Complete Coverage

He is extremely handy with the bat as well lower down the order. His two centuries in the Test arena make that abundantly clear. Ashwin is most likely to come in at No.8 and he’s more than capable of scoring a quick-fire 20-odd runs, which will ensure India finishing the innings on a strong note.

His performances in the recently concluded tri-series might not have been too encouraging, but India will hope that he turns a corner and comes good at the ICC Cricket World Cup 2015. 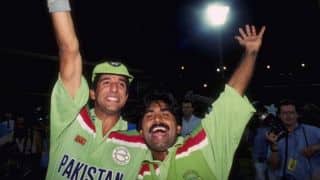 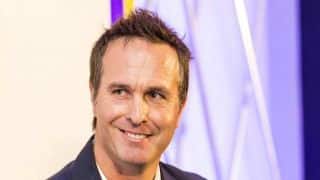