Ravichandran Ashwin picked up his career best figures of 7 for 66 in the second innings against South Africa.

Ravichandran Ashwin once again proved that he is a match winner for India after he finished with figures 12 for 98 against South Africa in the third Test at Nagpur. India won the Nagpur Test due to Ashwin’s heroics but not before the pair of Hashim Amla and Faf du Plessis offered some resistance. Ashwin picked up the final 3 wickets in the last session of Day 3 to wrap up the match and help India win the series 2-0, with one more match to play at Feroze Shah Kotla, Delhi. Ashwin tops the chart with 24 wickets to his name in the series so far and he was also the leading wicket-taker in the series against Sri Lanka. But his efforts have born fruits because there were conditions favourable to his bowling. All three matches he has played have been on rank turners and the batsmen too did not apply themselves particularly well. But when a side such as South Africa boast about being the No. 1 side in the world, there must be no excuses at the end of the match or series. Full Cricket Scorecard: India vs South Africa, 3rd Test, Day 3

So, without taking anything away from Ashwin’s feat or his form of late, he can still improve on many more aspects of his bowling. His overseas record especially is disappointing. There have been many discussions in the past of him not performing particularly away from home, mainly outside the subcontinent. He adapted to the conditions in Australia quite well during the ICC Cricket World Cup 2015, but did not do particularly well when India toured Down Under before the mega event. He tried to experiment and kept making variations in his bowling a lot and as a result strayed inline and length. But the World Cup is where he decided to bowl of his off-spinners and use variations like his carom balls or his seam up deliveries, which at times suited Australian conditions.

Numbers do not lie. His figures overseas are not up to the mark, and he needs to turn his attention to performing well abroad as well. Out of his 50 wickets abroad, 28 have been in the subcontinent (Sri Lanka and Bangladesh). Some of India’s greats like Anil Kumble and Harbhajan Singh had the ability to churn wickets even in conditions that did not favour them. Ashwin too must look to work in that direction and take advices from people like Kumble or Harbhajan in order to be successful away from home too. READ: Ravichandran Ashwin helps India end South Africa’s 9-year streak, win series

There is no doubt Ashwin is one of the best bowlers in the world today. He is the leading wicket-taker in Tests in 2015 and has a long career ahead of him. He has to improve is performance in away games and must make a conscious effort towards it. It will be sometime before he can be called a ‘world class’ spinner. 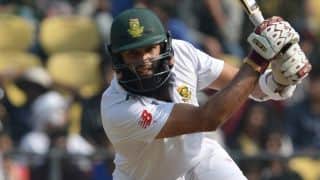