Both the Indian spinners have done well in the recent past.

Former Indian batsman VVS Laxman has revealed his first choice of the spinner in the upcoming World Test Championship final against New Zealand. Laxman has picked Ravichandran Ashwin as his first choice spinner as he feels the off-spinner has been right on the money in the overseas conditions in the recent past.

Ashwin has definitely improved his bowling in the foreign conditions and had scalped 12 wickets in three Test matches on the tour of Australia. The veteran off-spinner had also continuously troubled Australia’s talisman batsman Steven Smith in the first two Test matches.

On the other hand, Ravindra Jadeja has been in prolific form in the recent past. Jadeja brings more balance to the team as a batsman and it will be hard for Virat Kohli to leave him out of the final XI. Jadeja has been a consistent performer in all three formats for the national team and also scored a fifty in the intra-squad match.

“Ashwin would be my first-choice spinner. The way he bowled in Australia, dominated the opposition’s best batsman in Steve Smith and consistently got him out, it was one of the main reasons why India went on to win that Test series,” VVS Laxman opined on Star Sports Cricket Connected.

On the other hand, Laxman also heaped praise on Ravindra Jadeja as he added that the Saurashtra all-rounder is a complete package as he can deliver with both as well as the ball.

Do you agree? Share your thoughts & join the conversation with the legend himself alongside @jatinsapru on #CricketConnected:

“You can’t forget Ravindra Jadeja either. He is not just a spinner who will bowl only in helpful conditions. Over the past couple of years, he has improved immensely in beating the batsmen with his guile, his flight and his variation and pace. I feel he is a complete package for me,” VVS Laxman concluded. 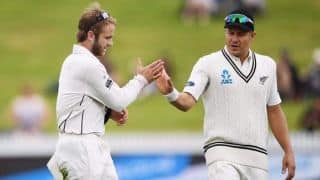