Despite Jadeja s fame and stardom, his sister Naina continues to work as a nurse.

Ravindra Jadeja, born on December 6, 1988, is one of India s most popular cricketers in recent times. Jadeja is a good all-rounder and meets the demands of modern cricket perfectly. Nishad Pai Vaidya finds 13 little known facts about Jadeja.

Hailing from the land of cricketing princes like Ranjitsinhji and Duleepsinhji, Jadeja grew up modest beginnings as one of three siblings. Anirudh singh, his father, was a security guard whereas his mother Lata was a nurse.

2. Army dreams of his father

Anirudhsinh wanted his Ravindra to study at the Army School. Jadeja s sister Naina revealed in a chat with Rediff, it was their mother who supported Ravindra to pursue his cricketing ambitions.

3. Losing his mother at a young age

Jadeja lost his mother when he was still in his teens. The pain of losing his mother was such that Jadeja considered giving up on his dream of playing the sport for the country.

Jadeja is amongst the few Indian players who have played two Under-19 World Cups. In fact, in both tournaments India went into the final. In 2006, India were beaten by Pakistan in the final. However, in 2008, Jadeja was a part of Virat Kohli s victorious unit.

Jadeja was initially given the nickname of Rockstar by Shane Warne while he was at the Rajasthan Royals. But when he made it to the Indian team, his teammates started calling him Jaddu. But, perhaps the most popular nickname is Sir which was bestowed upon him by the social media. It started off on a condescending note, but caught now has attained respectable tones after he consistently delivered match-winning performances.

6. Audi and the Hayabusa

Like any young man, Jadeja likes to live life in the fast lane. He has an Audi A4. On the car s boot, the word Ravi is inscribed, as stated by the Rhiti Sports website. Like his teammate Shikhar Dhawan, Jadeja also owns the swanky Suzuki Hayabusa.

Jadeja has two horses, named Ganga and Kesar. Those horses are stationed at his farmhouse near Jamnagar.

Jadeja feels that the No 12 is lucky for him. He not only wears the jersey No 12, but he also made sure that his restaurant was inaugurated on December 12, 2012. He said he feels it is lucky as he was born in December and was also selected for the Indian Test side the same month in the year 2012.

10. Sister continues to work as nurse

Despite Jadeja s fame and stardom, his sister Naina continues to work as a nurse. In a chat with Indian Express, she stated that Jadeja has asked her to quit a few times, but she continues to go to work. Also, she does not travel in luxury and prefers public transport. Naina has been like a second mother to him and has devoted her life to his well being after their mother s passing.

In April this year, Jadeja got married to Riva Solanki, an engineering graduate hailing from the Junaghad district of Gujarat, in a grand ceremony. Ahead of their marriage, Jadeja hit the headlines when his father-in-law gifted him a luxurious Audi Q7 car.

Jadeja landed in a controversy during his wedding when one of his relatives, who was within a few feet distance of the horse-mounted cricketer, fired in air from his revolver. A police case was registered. A couple of months later, Jadeja invited more trouble when he posed with lions at Gujarat’s Gir Forest; an act which is prohibited. A police case was registered and enquiry followed, post which Jadeja was fined INR 20,000. 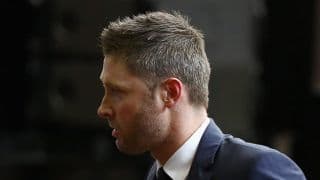