Ravindra Jadeja might have dismissed the England captain for fifth time in the series, but there are others who have done better.

Alastair Cook would not have imagined heading back home after the Test series in Bangladesh and India with serious questions dangling over his future. Having suffered an embarrassing defeat in the second Test to quality spin in Bangladesh, Cook s England made a promising start to India tour. A total of 537 showed England had the class, but their misfiring stars hobbled to a series defeat. Personally, Cook did all he could to stem the rot; he even notched up a second-innings century to keep up the hopes at Rajkot. However, as the series inches towards the end, Cook finds himself grappling with yet another issue how to bat against Ravindra Jadeja.

Mind you, Jadeja, like innumerable bowlers in international cricket today, are condition-specific. For example, Jadeja will not be as lethal at say, WACA or Newlands. But he can tear you apart at any venue in India. Jadeja may not generate a prodigious turn at will on overseas grounds and then send down the next, a straight one darting it into the unsuspecting batsman. But at home, Jadeja is a monster, belittling the best of batsmen. It does not matter whether he has fielders around the bat. Jadeja s accuracy and guile are tailor-made for success at home.

On Friday, as Cook began yet another Test against India after winning the toss, he would have hoped for better returns. After all, it was a Day One wicket, ideal for batting and Cook and his team were under no pressure with the series already decided.

The fast bowlers were not challenging enough. They probed, and though Ishant Sharma got Keaton Jennings, but never threatened to the extent of ending Cook s stay at the crease. Without taking unwanted risks, England trudged past 8 overs when Virat Kohli decided it was enough, and he needed a wicket.

Kohli could have brought in the local hero Ravichandran Ashwin into the attack immediately. But Kohli did not. In fact, he brought the man who has the knack of troubling the opposition captains on home turf. Jadeja has already created a lot of worries for the England captain. After Michael Clarke and Hashim Amla, it has been Cook.

And all it took was 14 deliveries for Jadeja to remove Cook. Cook hit a boundary on a delivery that was meant to be punished; he just about managed to survive. The fourth ball struck him on the pads. Kohli decided to go for the review, but it had already been fifteen seconds. Replays showed the ball would have missed the stumps.

But then why he isn t?

Because there are doubts in the mind of what is supposed to be one of the best in the world. Leave aside numbers for once. With his experience, dogged determination, unflinching fitness and insatiable hunger for runs and wins, Cook remains the one of the best in Test cricket.

Think of a batsman who you will back to get you runs across venues, pitches, conditions and oppositions. The answers are rare. But Cook has provided those in his pomp. He can still provide all that if he applies himself.

But once again, there are doubts. Cook can negate a gazillion of good deliveries outside off; he can even fend off the ones nipping back in; because no one in the field of cricket is as assured of any aspect of his profession more than what Cook s awareness of the off-stump. But he has shown frailties, for a human is bound to struggle. No one has been perfect; and Cook is no man of steel. He cannot pick which one from Jadeja will turn and which one will straighten up.

A mind, already cluttered with England s string of defeats inside a year, already pressured with personal failures, bogged down by unrelenting media, is bound to err. It is a shame that all this has taken toll on Cook s ability to distinguish between everything in his existence and batting something that he has done so very well all these years.

Jadeja is just the latest puzzle in Cook s life. He might have dismissed the England captain for fifth time in the series, but there are others who have done better. Mitchell Johnson has snared Cook 9 times. Jadeja s teammates, Ishant Sharma and Ashwin, have bagged his priced scalp 8 and 7 times respectively.

For what it s worth, Cook may have to face Jadeja only once more before the torture is over. 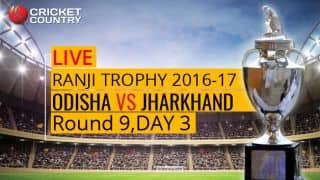 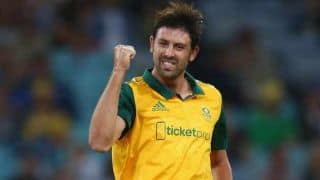