Ravindra Jadeja made an impressive debut against Sri Lanka in 2009 scoring an unbeaten 60 off 77 balls. Jadeja notched up a few fifties every now and then also played a few cameos here and there. ICC World T20 in 2010 saw his career graph take a big downfall as Chris Gayle smashed him in all parts of the ground for West Indies, thus ending a forgettable campaign for Team India. After the ICC Champions Trophy in 2011, Jadeja, rose again in the international circuit where he actually arrived with a bang. Jadeja bagged a total of 12 wickets in the tournament with an impressive economy rate of 3.75 and best figures of 10-0-36-5. Sadly after this, Jadeja could never repeat such a performance in Indian colours. He did deliver on a few occasions in between but bad patch for a long time. READ: Ravi Shastri unlikely to get renewal as Team India Director

Jadeja has been in the team for quite some time now. The team management has stuck with him even when he had a dry and ordinary ICC Cricket World Cup in Australia last year. Indian team management has invested a lot in him and Jadeja did deliver after an era of great cricketers retired of were dropped from the ODI squad such as Virender Sehwag, Gautam Gambhir, Yuvraj Singh and Harbhajan Singh. His best indeed is yet to be seen for all but for now he is nowhere close to being the Mr. Consistent of the team when it comes to all-rounding skills. There cannot be anyone like Yuvraj Singh but the team has banked upon him to be performing on similar lines like Yuvraj Singh did. READ: Sanjay Bangar named India coach for Zimbabwe tour

Jadeja enjoys the trust of his limited overs skipper, MS Dhoni and he has seen being clueless and predictable more often than not. If the pitch offers no turn, then Jadeja goes for plenty. Variation is the key to success for bowlers and sadly Jadeja does not have much of variations up his sleeves. On his batting, despite being the first player to get three triple centuries in First-Class cricket, he has hardly taken India home when the team has been tottering. Being an all-rounder, it is essential that the batsman knows the art of playing with tail-enders. Yes, playing with the tail is also an art. Ask VVS Laxman, Micheal Hussey, Micheal Bevan or Dhoni for that matter when comes to batting with the tail. Unfortunately, Jadeja is still behind in this aspect.

With the competition for the all-rounder’s place heating up with every series and emergence of youngsters, Jadeja must feel the heat to perform consistently. His maturity as a player needs to rise if he has to a come back in Team India, more so playing abroad. He is a proven performer when playing at home but often struggles in overseas conditions. The match between India and New Zealand which ended in a dramatic tie saw a splendid innings from Jadeja. In the same year, the team was in a similar position when chasing a target in the vicinity of 300 and he came into bat. The New Zealand game should have a lesson but sadly he missed out on an opportunity to take his to victory. It was not his fault, by any means, but certainly missed out another chance to redeem himself.

There have been numerous opportunities for the 27-year-old but in big matches, he has not been up to the mark. Having started a new innings in his personal life, by getting married, he has begun a new chapter in his life. Hopefully, he will mature as a cricketer more and be responsible in both his personal and professional life. With Indian selectors resting key players for their tour of Zimbabwe, their next assignment will be a 4-match Test series in West Indies with Jadeja being booked for the flight to the Caribbean. Hopefully, a new and matured Ravindra Jadeja will be witnessed by the world, with both bat and ball. 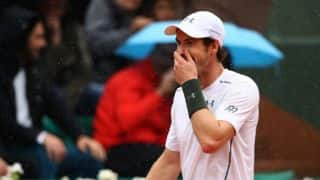