Ravindra Jadeja’s rare double, Nathan Lyon’s record against India and other statistical highlights from In

Ravindra Jadeja became the 10th Indian to the 1,000-run-100-wicket double in Tests, and 63rd cricketer overall.

3rd Indian to score 5 fifties in a series without a hundred KL Rahul. His scores in this series read 64, 10, 90, 51, 67 and 60. This was also the 4th consecutive fifty by him. The other two Indians to score 5 fifties without any hundred in a series were Dilip Sardesai against England in 1963-64 (from 10 innings) and Gundappa Viswanath against Australia in 1977-78 (9 innings). Rahul also became the 2nd Indian to do this against Australia after Viswanath and the 1st Indian opener.

3rd instance of one batsman from each sides have scored 400 runs in an India vs Australia series in India. Steven Smith has made 482 runs and Pujara 405. The previous two such instances happened in 2000-01, when VVS Laxman and Matthew Hayden scored above 400; and in 1979-80 Allan Border, Sunil Gavaskar, Kim Hughes and Graham Yallop, all scored 400 runs.

4th Indian to score 5 fifties in a series against Australia Rahul, after Viswanath (mentioned above), Virat Kohli and Murali Vijay (both in 2014-15). Rahul is also the 2nd Indian opener to do so after Vijay and 10th overall.

6th time Ajinkya Rahane has been dismissed by Lyon, the most by any bowler. No other bowler has even dismissed him for 5 times.

5th time Ravichandran Ashwin has been dismissed by Lyon, the most by any bowler. Lyon is followed by fellow Australian Peter Siddle (4 times).

63 wickets for Lyon against India, joint 2nd-most by any spinner. Muttiah Muralitharan holds the record with 105. Lance Gibbs has also taken 63 wickets against India. 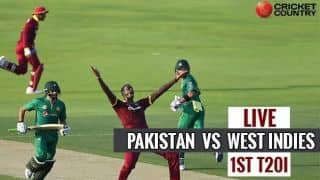 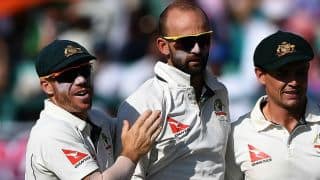