Reetinder Singh Sodhi is a former Indian cricketer, who was the captain of the Indian team in the Under-15 World Cup in 1996 and the vice-captain of the Under-19 side that lifted the trophy in 2000.

Born on October 18, 1980, Reetinder Singh Sodhi is a former Indian cricketer, who was the captain of the Indian team in the Under-15 World Cup in 1996 and the vice-captain of the Under-19 side that lifted the trophy in 2000. A child prodigy, he was touted to be the next Kapil Dev of India as he could bat decently and had the ability to bowl medium fast. On his 36th birthday, Abhishek Kumar picks out 8 important things to know about him.

1.  A young captain: At the age of 15 years, Sodhi was appointed to lead the Indian side in the Under-15 World Cup of 1996, where he not only performed extremely well but also led his team to victory. In the tournament, he was the third highest run scorer with 236 runs at an impressive average of 59 and highest wicket-taker with 16 at 12.43 apiece. With this performance, Sodhi was adjudged as the player of the tournament.

2.  Man of the finals: Following his Under-15 World Cup success in 1996, Sodhi got selected to the Under-19 side of the nation as the deputy to Mohammad Kaif for the Under-19 World Cup in 2000. India won both the tournaments with Sodhi shining in both the finals. In the Under-15 final, Sodhi took three wickets and then contributed with the willow as well by scoring unbeaten 82.

In 2000, he bowled a tight spell with the ball by conceding only 26 runs from his 10 overs. Though he couldn’t pick any wicket, he scored 39 not out and became the player of the match.

3.  Hailed as Next Kapil dev: With his ability to bowl medium pace and also to bat in an attacking style, Sodhi was hailed as next Kapil Dev by many people. Though his international career didn’t last too long.

4.  Modest success with the Indian team: Sodhi was a part of Indian cricket team between 2000 and 2002. He faced stiff competition with his own teammates like Yuvraj Singh, Mohammad Kaif and Sanjay Bangar and eventually lost out to his place in the team. His international career could not go beyond 18 One-Day Inernational (ODI) matches. In those 18 ODIs, Sodhi scored 280 runs at 25.45 with two fifties and picked up five wickets at 73.

5.  ICL and IPL: Sodhi was among those Indian players who played in the unsanctioned Indian Cricket League (ICL) by representing Ahmedabad Rockets in both 2007 and 2008-09 seasons. Later, after taking the amnesty offer by the Board of Control for Cricket in India (BCCI), he also became a part of Kings XI Punjab in the Indian Premier League (IPL), but injury always kept him out of the team and he never got a chance to play. He last played a Twenty20 (T20) game in Syed Mushtaq Ali Trophy in 2010, representing Punjab against Jammu and Kashmir.

6.  A philanthropist: Very few people are aware of his philanthropist nature as he is a part of number of charitable initiatives. He uses his status of being a former international cricketer to influence the lives of the underprivileged.

7.Cricket analyst: Post-quitting cricket, Sodhi appeared on TV as an expert for a cricket show.

8.Match referee: After trying his hands at cricket analysis, Sodhi has now become a match referee. He appeared for the exam of the match referee in November 2014 and cleared it successfully. 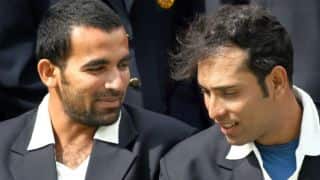 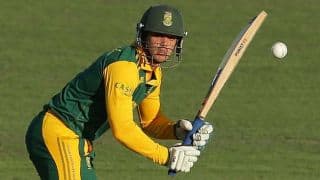