With a wealth of heavyweights in their roster, the Mumbai Indians are one of the most formidable sides in the Indian Premier League (IPL). 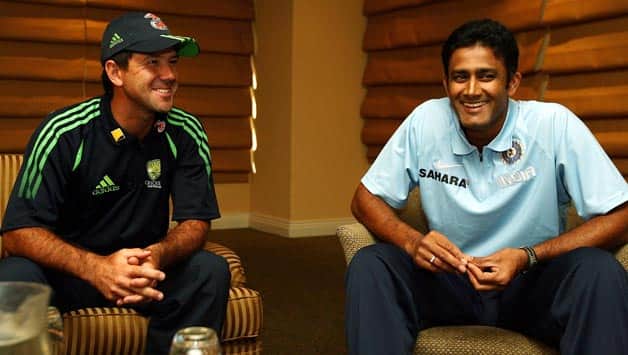 With a wealth of heavyweights in their roster, the Mumbai Indians are one of the most formidable sides in the Indian Premier League (IPL). However, matches aren’t won on paper, and Mumbai’s penchant for close finishes has cost them dearly in the last two seasons. For the IPL 2013, the great Ricky Ponting takes over the reins of leadership from his nemesis Harbhajan Singh and is set to play alongside the other legend of his generation — Sachin Tendulkar. Cricket fans from around the globe are waiting in anticipation for a glorious partnership.

During the auctions it was clear that Mumbai were pursuing a leader who could mould the side. Tendulkar isn’t renowned for his captaincy and Harbhajan hasn’t had much success, apart from the Champions League T20 victory in 2011. Ponting’s inclusion would help them in many ways as his presence would take the burden off the two other senior players. With a fresh mindset, the Australian might be able to set a few things right.

Ponting’s appointment not only takes the pressure off Tendulkar, but will also help the latter concentrate on his batting at the top of the order. Mumbai have traditionally had a problem finding the right partner for Tendulkar upfront and have chopped and changed too many times. Perhaps, Ponting might open the batting instead of a Dwayne Smith. Post Test retirement, Ponting is enjoying his cricket and did well for the Hobart Hurricanes at the Big Bash League (BBL).

In the middle-order, a lot would depend on Rohit Sharma, Ambati Rayudu and Dinesh Karthik. Rohit has been the anchor for Mumbai as he has consistently kept them in the hunt. They have been dependent on him during run-chases, some of which have ended in thrillers. Karthik is a very handy batsman and can be used as a floater in the batting order. Rayudu would be the one to watch out for as he comes in at the back of a good domestic season. A good performance here would get him great recognition.

With Ponting as captain, Mumbai can only choose three more foreign players in the eleven. Lasith Malinga is the other certainty in the eleven as he would lead the bowling attack. That leaves Mumbai with two slots and some serious contenders for them. Kieron Pollard is a front-runner as his big hitting can win games and brilliant fielding saves plenty. Then there are other all-rounders such as James Franklin and Dwayne Smith — men who have done well for Mumbai in the past. The million dollar man, Glenn Maxwell, would also have a strong case given his price tag. If that wasn’t enough, Jacob Oram and Mitchell Johnson also give them more options.

With so many all-rounders in the side, it might make things a little difficult for Phil Hughes, Nathan Coulter-Nile and Aiden Blizzard to make it through to the eleven. Furthermore, Mumbai would rely on their Indian resources to make up the bowling line-up to support Malinga. Munaf Patel is a crucial component of this attack as his nagging accuracy can back Malinga’s lethal approach. Harbhajan Singh and Pragyan Ojha would handle the spin bowling duties. If Mumbai need another seamer, they can choose between Dhawal Kulkarni and Abu Nechim.

The good thing about Mumbai’s squad is that they have able replacements for each player. However, the aura of a Ponting or a Tendulkar is unparalleled and that is a huge motivational factor. The two senior men would do well to set the ball rolling with good performances upfront. Mumbai’s batting needs to show more consistency; during run-chases in particular. They have collapsed too many times, only to see a thrilling finale go their way. While such victories make for good viewing, it doesn’t help the team’s confidence in the long run and they must endeavour to be more clinical.

The faster Mumbai settles on a combination, the better it would be. Too many changes during the tournament breeds instability and that doesn’t help when one reaches the business end of the tournament. Mumbai have qualified for the play-offs, but the instability was evident when they fumbled there.

The new core leadership might help change things. Ponting’s captaincy would be a major factor, but the support staff’s contribution would be equally crucial. John Wright has come in as the Head Coach and Anil Kumble has joined as the Chief Mentor. A set of fresh minds would be in a better position to iron out the wrinkles. Mumbai have the goods, it is only a matter of striking consistency.

Mumbai claim to rock the world with their jig “Duniya hila denge.” It is time they put it in action.