A 100 Test wins. Doesn’t it sound great? And Ricky Ponting got there before everybody else. In fact, there was no current player to bother him in this race. 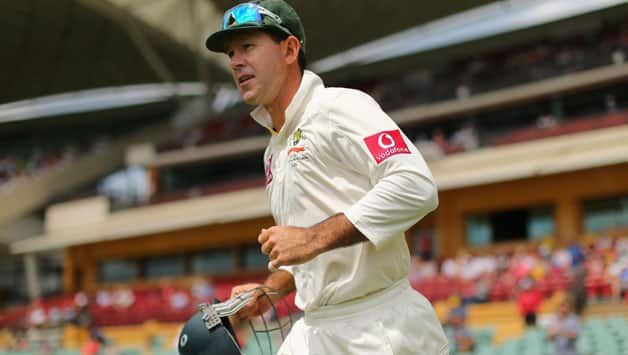 A 100 Test wins. Doesn’t it sound great? And Ricky Ponting got there before everybody else. In fact, there was no current player to bother him in this race. Three legendary former Australian players – Shane Warne, Steve Waugh and Glenn McGrath – trail him by comfortable margins. And it’s only at No 5 in the list of most Test wins for a player that we bump into a non-Australian, current player, Jacques Kallis.

On Thursday, Ponting called time on his career with the number up to 108 and would surely put his best foot forward to add one more, for the very last time, at Perth against South Africa.  His incredible record as a match-winner bears testimony to his aggression and ferocity as a competitor. Ponting was much loved by the Aussies and generally disliked by neutrals.  But love him or loath him, you just couldn’t ignore him, least of all when he made mincemeat of rival bowling attacks.

Like his one time contemporary Brian Lara, Ponting’s shot making exuded style and extravagance in a period where batting became more and more functional and efficient (observe the rise and rise of Kallis and, of late, Alastair Cook). He insisted on adding a flourish to his follow through and his trademark pull shots were meant to look great for the cameras. Before runs dried up during a prolonged slump from 2008 and onwards to the present day, he was widely fancied to surpass the achievements of Sachin Tendulkar, scoring over 11,000 runs – including 26 centuries – from 2001 to 2006.

As one would expect of an attacking batsman, he was devastating over a long career in One-Day Internationals (ODIs) as well, amassing 13,704 runs with 30 centuries and 82 half- centuries. As with the 108 Test wins, it is his enviable collection of trophies that places his legacy in proper perspective. He was part of Steve Waugh’s World Cup-winning team of 1999 and went on to lead Australia to back to back titles in 2003 and 2007. Indian fans in particular would have not so fond memories of his marauding ton in the 2003 final to lead Australia to an impossible total of 359.

Ponting led Australia during some of their best ever years as a cricket team and signed off as one of the most successful captains of the game. Because he led an All-Stars XI day in and day out, he is sometimes regarded as fortunate for enjoying the largesse of McGrath and Warne in the bowling unit and Matthew Hayden and Adam Gilchrist as the opening pair. His struggle post the retirement of these heavyweights is seen as confirmation of his tactical limitations as a skipper.

But let it not be forgotten that Ponting was undoubtedly the best batsman of the Australian team during the time he was captain (save, arguably, the last few months when the handover to Michael Clarke was imminent). Australia have traditionally appointed the best man in the team as captain and Ponting was thus a very worthy one.

While the debate over his cerebral inputs will go on, Ponting preferred to seal the issue with his bat and led from the front as only a select few captains in the history of the game could. His whirlwind 143 not out (off just 159 balls) against South Africa in 2006 to chase 287 in just over 60 overs is just one instance that shows how he could stamp his authority over the game with the bat. Indian fans have watched successful batsmen grow inconsistent and constrained under the pressure of captaincy, but Ponting seemed to thrive on the pressure. If he was already a very fine batsman before assuming the mantle, captaincy only influenced it in a positive light and elevated him and his team to a level that the rest of the field simply couldn’t catch up with.

I have mentioned in passing his combative nature which led to a roster of not so flattering incidents. Now is not the time, however, to reflect on those but to remember the legacy he shaped in style. Ponting, along with McGrath, Warne, Gilchrist & Co, gave cricket fans a team they will remember for a long time, a team we loved watching even when they mercilessly obliterated any opponents in their path. Goes without saying that he will be missed.