RPS' campaign in IPL 2016 was crippled with injuries to key players and they ended up on 7th in the Points Table.

Rising Pune Supergiants (RPS) had a terrible first season in the Indian Premier League (IPL). One of the two new entrants in IPL 2016, along with Gujarat Lions (GL), RPS ended at 7th position in IPL 9 Points Table. And, well, both the new entrants therefore had contrasting journeys in their first IPL season. RPS started off with a win against Mumbai Indians (MI) in their first match of the tournament but went downhill since then. Injuries, inconsistency, and inexperience cost them dear and they were always playing catch-up after a series of losses early on in the season. Let’s take a look at how their players performed and where they lacked. ALSO READ: Rising Pune Supergiants IPL 2016 campaign infused with injuries, questionable selections

Ajinkya Rahane (9/10) – Rahane was perhaps RPS’ best player of the season. Rahane scored 480 runs in the season and in the process scoring 6 fifties. He had an average of 43.63 and was key in building partnerships and taking his side to a good start. He even played the anchor role to perfection and steered his team to victory while chasing on a couple of occasions. ALSO READ: MS Dhoni and RPS: Knocked down but not knocked out

Faf Du Plessis (7/10) – The South African right-hander had a short stay in the IPL this season but, looked in great touch while was at the crease. He scored 206 runs in 6 matches at an average of 34.33. Du Plessis was ruled out due to a broken finger.

Kevin Pietersen (4/10) – The tall right-hand batsman was the first among the list of injured players for RPS. Pietersen injured his calf muscle in match against RCB. He scored 73 runs in 4 matches but couldn’t make a big impact for RPS and his injury meant a ‘blessing in disguise’ as Dhoni wanted to try out either of Albie Morkel and Mitchell Marsh, keeping in mind his death bowling worries.

Steven Smith (6/10) – The Australian captain could also not play for the full season of IPL 2016. Smith scored 270 runs in the 8 matches he played. He has not been a very good T20 player in his career and could not improve his T20 form much in the IPL. But he did score a hundred for RPS, although they ended up losing that match.

Saurabh Tiwary (5/10) – The physically strong left-hander got of plenty of chances for RPS but could not grab them as well as he would have liked. In the 10 matches he played he scored 170 runs at an average of 24.28. He did notch up 2 fifties but ate up too many deliveries in crucial phases of the game and could not make up for them.

Mitchell Marsh (4/10) – The Australian all-rounder was ruled out of the IPL due to side strain. He did feature in 3 matches and did take 4 wickets, but could not contribute much with the bat. His presence for a longer duration would have certainly helped RPS’ cause a little, keeping in mind his all-round abilities.

MS Dhoni (7/10) – The Indian ODI and T20 Captain was made in-charge of a new team after a 8-year stint with CSK. Dhoni struggled with the combinations and balance of the team. He did the finishing role well on occasions but failed at times too. His bowling changes did not click, mainly due to inexperience and inconsistent form of his bowlers. He was let down on some occasions as well by his team. But Dhoni, did show a glimpse of his batting potential in RPS’ last match against KXIP. He took his side home to a miraculous victory and saved them from the last spot in their first season. He scored 284 runs in 14 matches.

Thisara Perera (5/10) – The Sri Lankan all-rounder contributed with 150 runs in the 12 matches he played. He showed his hard-hitting abilities at times but could not take his side all the way. He took 9 wickets in the season but failed as a good death over bowler for RPS.

Ravichandran Ashwin (5/10) – Probably, Dhoni’s go-to-man in the T20 format. He did not have a good season compared to his earlier IPL seasons. Ashwin was not given his full quota of overs in the early stages and was not right on the money with his variations and spin then. Although, he did take figures of 4/34 against KXIP, but it was too late for him to come to his best.

Adam Zampa (8/10) – The Australian leg-spinner was brilliant. His figures of 6/19 against SRH were the best bowling figures for an Australian in a T20. He took 12 wickets in just 5 matches and showed class.

Ashok Dinda – (6/10) – The fast bowler took 11 wickets in 9 matches for RPS. His best figures were 3/20. But he did leak too many runs at times meaning Dhoni had take him out of the attack. Dinda though was spot on with his ‘Ronaldo celebration’.

Murugan Ashwin (5/10) – The leg-break bowler was difficult to pick for some players and did show signs of picking wickets when he bowled at times. Although, he did take 7 wickets in 10 matches for RPS  his economy rate was too high. The IPL would have done him great help and given him tremendous exposure.

Irfan Pathan (4/10) – After a superb performance in the Syed Mushtaq Ali Trophy, Irfan Pathan would have hoped a similar season in the IPL but it did not happen that way. The left-arm bowler featured in just 4 matches, could not pick up any wickets and did not get much chance to bat either. To make matters worse, he was involved in an ugly run-out incident with captain MS Dhoni. The season was a rather forgetful one was Irfan.

Ishant Sharma (4/10) – The tall right-arm bowler did play in the starting few matches for RPS but couldn’t make a big impact. He took 3 wickets in 4 matches.

Rajat Bhatia (5/10) – The all-rounder known for his slow medium bowling could not come in handy for Dhoni’s team. He took 6 wickets in 10 matches that he played and had an average season. He did not get much opportunities with the bat either.

RP Singh (4/10) – The left-arm medium pacer featured in just 4 matches, took 3 wickets and could not add much to the RPS squad.

Usman Khawaja (5/10) – The Australian left-hander was brought in after RPS’ batting had suffered with the departure of Du Plessis and Pietersen. He although got starts while opening alongside Rahane, he could not capitalise on them. He scored 127 runs in 6 matches.

George Bailey (5/10) – The former Kings XI Punjab captain was brought in the team in the later half of the IPL. He was supposed to add strength to the middle-order but failed to do so as he scored 84 runs in the 6 matches that he featured in.

Scott Boland (4/10) – The Australian fast bowler played in just two matches for RPS as the team often went in with more foreign players in the batting department. He took 2 wickets in those matches.

Ankit Sharma (3/10) – The left-arm orthodox did not have much on offer as he took just one wicket in 3 matches.

Deepak Chahar (2/10) – The medium pacer who plays for Rajasthan in domestic cricket was part of RPS but could not pick up a wicket in the 2 matches he played.

Peter Handscomb (2/10) – A young Australian player with a good domestic record could not do much in the IPL this season. He played in 2 matches and could score only 6 runs.

Albie Morkel (4/10) – One of Dhoni’s key men in the CSK squad, Morkel did not get many matches up his sleeves in IPL 2916 for RPS. The all-rounder played 2 matches, scored 16 runs and took 2 wickets.

Note: Ishwar Pandey, Baba Aparajith, Ankush Bains and Jaskaran Singh could not be a part of the Playing XI for RPS in IPL 2016. 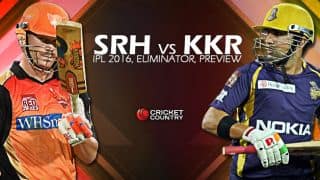