RPS' campaign was crippled with injuries and they finally ended up on 7th position in the IPL Points Table.

Rising Pune Supergiants (RPS) did not have a successful outing in their first season of the Indian Premier League (IPL), edition 9. The MS Dhoni-led team struggled since their win in the first match of IPL 2016 against Mumbai Indians. They lost 4 back-to-back matches from there on and never looked like getting back into rhythm. At the end of their 14 matches in the IPL they had just 5 wins and were stranded on the 7th position in the IPL 2016 Points Table. But what really crippled their campaign was the number of unfortunate injuries to key foreign players, lack of experience and a bit of inconsistency. ALSO READ: MS Dhoni and RPS: Knocked down but not knocked out

RPS were dealt with some serious blows in the early stages of the IPL. Former England batsman Kevin Pietersen was the first one to be ruled out due to a calf injury. Soon, Faf du Plessis broke his finger and was ruled out too. Du Plessis was in fine form before he got injured and the batting line-up started looking hollow after his departure. Things soon went from bad to worse when all-rounder Mitchell Marsh was ruled out due to side strain and Steven Smith suffered a wrist injury. The batting had seen a tremendous loss and Ajinkya Rahane was the only kingpin left along with captain MS Dhoni. ALSO READ: MS Dhoni turns back the clock in resounding fashion in IPL 2016, but too late for it to matter

With RPS failing to cross the line in close matches, the IPL playoffs soon seemed too far for the men-in-purple. The bowlers leaked runs at crucial phases and could not get wickets at most needed times. RP Singh, Ishant Sharma and Rajat Bhatia failed to make a big impact. The spinners Murugan Ashwin and Ravichandran Ashwin were decent. M Ashwin was difficult to pick for batsmen in the first half of the tournament whereas R Ashwin got better as RPS went into their last few games. Irfan Pathan was not given much chances but he failed to contribute in the few he was given. Thisara Perera showed his ‘clearing the ground’ abilities during some matches but was left with lot to do. The Sri Lankan all-rounder might certainly have to improve with his death bowling in the years to come.

Replacements Usman Khawaja and George Bailey were not at their best either. The Australian left-hander got starts but failed to convert them into big ones. Bailey showed his experience in the middle-order in the few matches he played but it was too late for him to make a mark.

Ajinkya Rahane was the highest run-getter for RPS with 480 runs in the season. He was superb as an opener and played some beautiful knocks for his side. He even finished some matches as he made sure he stayed till the end to take his side home on occasions. Adam Zampa, the Australian leg-spinner did make a strong impression. He claimed 6 for 19 against Sunrisers Hyderabad (SRH), which was the second best bowling performance in IPL history. However, he too did not get enough chances.

MS Dhoni did not have the best of season with the bat and his captaincy could not take the team into playoffs either. Yet, he did play a magnificent innings of 64* off 32 to finish off their final game against Kings XI Punjab. Dhoni showed glimpses of his powerful hitting with 23 needed off the last over, saving his side from coming last in the IPL. Although, it came too late, it left everyone amazed.

All in all, RPS’ campaign was infused with injuries and questionable selections and they will be hoping that they can find the right balance next season and get their combinations right too. 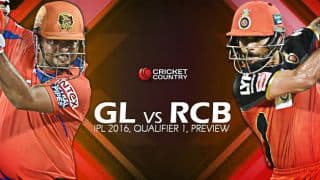