Rising Pune Supergiants will hope for their bowlers to come good against a batting-heavy Mumbai Indians team when both teams clash in match 29 of IPL 9.

Rising Pune Supergiants (RPS) play Mumbai Indians (MI) in match 29 of the ninth edition of Indian Premier League (IPL) 2016. RPS, who are currently placed at number 7 with 4 points, have a lot of problem to solve, mainly their bowling unit that has been leaking runs. RPS have been unlucky, losimg key players like Kevin Pietersen, Faf du Plessis and Mitchell Marsh due to injuries. With MI having a good bowling attack, it will an all-out competition between the batsmen from both sides to see who outscores. With quite a few permutation and combinations to juggle through, Vishal Mehra lists down the likely XI for MS Dhoni and his men.  FULL CRICKET SCORECARD: Rising Pune Supergiants vs Mumbai Indians, IPL 2016, Match 29 at Pune

Top order: RPS have been lucky to have Ajinkya Rahane as their opener,who has provided them with solid start up front. Rahane in the last match provided able support to the now in-form Steven Smith. Accompanying Rahane in this match will be Saurabh Tiwary, who will hope to make his bat do the talking. Smith rocked the show for RPS in their previous match and will want to continue his scoring spree. Moreover, he’d hope that it yields victory for them this time around. Smith also got to his maiden IPL and T20 ton in 53 balls. RPS  would expect Usman Khawaja to provide them with the much needed stability as and when he joins the team in India.

Middle order: MS Dhoni would want him and the other middle order batsmen to come into the groove.  This has been a problem with the RPS team, who have relied mostly on top-order batsmen, will give their bowlers a luxury of 15-20 runs with the form they are in. Coming in next will be Thisera Perera, who could very well be used as a floater in the batting order if needed. Perera was on the higher economy in his bowling but managed to pick up two wickets. Peter Handscomb, who has not batted so far in IPL, will hope to get to bat in this match. RPS’ most dependable player Rajat Bhatia has been the go-to bowler for captain Dhoni.

Lower order:  With Mitchell Marsh ruled out IPL 9 due to injury, Albie Morkel is most likely to keep his place in the playing XI. Morkel was taken to the cleaners by GL batsmen and would want to display a better performance. Dhoni, so far, has been less dependent on Ravichandran Ashwin and needs to give back in tough times. Ravichandran has bagged only 2 wicket and will look to re-kindle his performances from earlier edition. Murugan Ashwin has all the potential to spin a web around any batting line-up but has been taken for runs as well. Ashok Dinda has looked a completely different bowler from the rest, since he played his first match of this season. Dinda has bowled the much required fuller length balls that have been lacking by other bowlers. 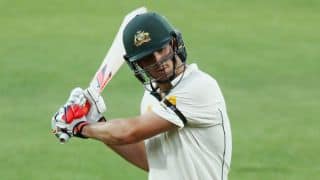