Roger Binny, born July 19, 1955, was one of India’s most efficient all-rounders and the leading wicket-taker of the 1983 World Cup, apart from being the first Anglo-Indian to play for the country. He was also known for pulling off brilliant rescue acts whenever his side was in a spot of bother. Karthik Parimal looks back at the career of this stalwart from Karnataka.

Roger Binny, born July 19, 1955, was one of India’s most efficient all-rounders and the leading wicket-taker of the 1983 World Cup, apart from being the first Anglo-Indian to play for the country. He was also known for pulling off brilliant rescue acts whenever his side was in a spot of bother. Karthik Parimal looks back at the career of this stalwart from Karnataka.

“It is not easy being Roger Binny’s son,” said Stuart Binny, who recently carved a niche for himself representing the Rajasthan Royals in the Indian Premier League (IPL). The fact that at 28, he was nowhere close to making the cut on the international stage was, quite clearly, a peeve. His disappointment was understandable, for at 24, his father Roger Binny had donned the Test whites for India and, by 28, was considered to be one of the finest all-rounders in the country. In due course of time, his place in the side was a given, as he proved to be of value to almost every captain he played under.

Hailing from Bangalore, Binny began his First-Class career in 1975, at the age of 20. For four years he delivered tirelessly in both departments of the game, batting and bowling right-arm medium with an elegant run-up, before duly receiving a call up to the national side for the high-profile series against Pakistan. In the first fixture at Bangalore, against the likes of Imran Khan, Iqbal Qasim and Abdul Qadir, he compiled a steady 46 in the middle-order. Although the surface was docile and offered no assistance to bowlers of any kind, his approach and calm demeanour provided a glimpse of the asset he would turn out to be for India down the line.

Despite the assertive start, he could muster just 143 runs from six innings in that series, at an average of 18, but managed to pocket 11 wickets at 36 apiece. For three years, he flattered to deceive. He was eventually dropped from the line-up. However, for the 1983 World Cup, he was recalled, partly owing to his cracking domestic form, and also perhaps because being an Anglo-Indian (the first at that) he could be a handful in English conditions.

It was here in England that Binny’s career turned a corner. Before the tournament commenced, few gave India a chance to go the distance. Their previous two World Cups were disastrous and nothing suggested a reversal of fortunes this time either. But, it was a unit that was fired up and revelled in camaraderie.

India won the first league match against West Indies against all odds, a victory that heightened their belief and was a shot in the arm. Binny smashed a quick 27 before finishing with three wickets for 48 runs. In the next game against Zimbabwe, he took two for 25 from his 11 overs to set up a chase of just 156 for the batsmen. India covered the target with five wickets to spare. Two wins from two matches put India on the right course and it’s safe to say that Binny played a pivotal role in them.

Australia pummelled the Indians in their third fixture by a mammoth margin of 162 runs, but Binny reckoned it to be a good thing, for the side was getting a little over-confident after beating a team like the mighty West Indies (in the first match). Viv Richards’ hundred then knocked India further down, but Binny’s three for 71 was noteworthy. Then, at Tunbridge Wells, against Zimbabwe, a game during which Kapil Dev scored his momentous unbeaten 175 to rescue the team from an embarrassing 17 for five, Binny dropped anchor at the other end and added stability to the innings with a 60-run partnership for the sixth wicket. He later took two for 45 to help steer India to a 31-run victory. 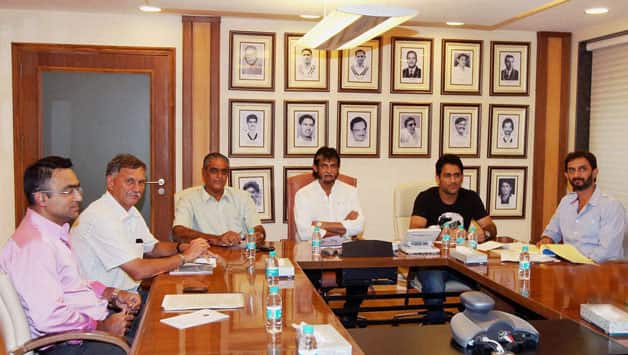 The last league match at Chelmsford, against Australia, was a Roger Binny show. Batting first, India posted 247, Binny scoring a quick 21 off 32 balls before a run-out put an end to his innings. He then knocked the wind out of Australia’s sails by taking four for 29, as they collapsed to 129 all out, thereby conceding defeat by 118 runs. He was duly awarded the Man-of-the-Match and India romped into the semi-finals with that display. “The greatest pleasure personally would be my performance against the Australians at Chelmsford — we had to win that game and I am glad I did well,” Binny recalled in an interview to The Hindu in 2011.

In the semi-final, he accounted for the wickets of English openers Graeme Fowler and Chris Tavare, as the hosts slid from 69 for no loss to 213 all out. India won the game by six wickets. In the finals, he had Clive Lloyd caught by Kapil Dev to become the highest wicket taker (18 at an average of 18.66) of the tournament. India’s 43-run win in that game is well documented in the annals of cricketing history. The whole team understandably went berserk and, according to skipper Kapil Dev, Binny danced to Bhangra (popular dance form associated with Punjabi culture) for the first time that night.

Binny at the World Cup:

Once during a party at the 1983 World Cup, when most players were in a daze owing to copious consumption of booze, Binny was pushed into a swimming pool by Kirti Azad. Soon, Azad got a taste of his own medicine as a few of them around him played the same prank and pushed him into the pool, oblivious of the fact that he couldn’t swim. It was Binny who fortunately went to Azad’s rescue at the time. This aspect of Binny’s was regularly called into play, for he was summoned every time his side was in danger of drowning, on the cricket field, and he did a fine job of rescue more often than not.

One such instance was in the September of 1983, against Pakistan, at Bangalore. He walked in to bat at 81 for five, and despite Sunil Gavaskar’s fall four runs later, scored an unbeaten 83 in 233 balls, sharing a record seventh-wicket stand of 155 with Madan Lal, to take India’s total to 275. The match ended in a draw. Another was at Headingley, a Test during which he registered figures of five for 40 in the first innings and later took two in the second as India won by a margin of 279 runs and gained an unassailable 2-0 lead in the series. The fact that this result was possible despite an average first innings total speaks volumes.

In the Calcutta Test of 1987, against Pakistan again, he dished out one of his best performances ever as a sturdy-looking line-up wilted under the pressure exerted by Binny, this after they were formidably placed at 178 for two. During India’s first innings, he thwacked 52 alongside Mohammad Azharuddin to push the total to 403. “Binny, recalled to the Test team in place of [Shivlal] Yadav, saw another hundred partnership posted. However, Binny’s moment was still to come. On the third day, allying the new ball to the late evening breeze from the Hooghly, he sliced through the Pakistan middle order with a spell of four for 9 in 30 balls. Next morning he added the wickets of [Abdul] Qadir and Tauseef [Ahmed] to finish with career-best figures in 25 Tests,” noted Wisden.

Twenty-seven Tests indeed don’t do justice to Binny’s abilities, but he cannot complain, for he had his moments during a career that spanned eight years. Not only will he be remembered as one of India’s World Cup heroes, but also as a fine all-rounder who was responsible for pulling off many a heist for his side.

After retiring from the game in 1987, Binny continued playing domestic cricket for Karnataka till 1992. In 1999-2000, he returned to the sport as a coach and trained an Under-19 side that won the World Cup held in Sri Lanka. He also coached the Bengal side in 2009, before donning the national selector’s cap since 2012.