Rohan Kanhai: 10 facts to know about the West Indian batsman

Rohan Kanhai: 10 facts to know about the West Indian batsman

Rohan Kanhai, born on December 26, 1935, is one of the greatest batsmen to have played for the West Indies.

Rohan Kanhai, born on December 26, 1935, is one of the greatest batsmen to have played for the West Indies. Kanhai was an inspiration to many cricketers, including Sunil Gavaskar. He was the second man of Indian origin to play for West Indies and the first to lead them. Nishad Pai Vaidya picks 10 facts you should know about Kanhai.

1. Second player of Indian origin to play for West Indies

2. Highest score by a visiting batsman against India until 2005

When Kanhai scored 256 for West Indies against India in Kolkata in 1958, it was the highest score by a visiting batsman in India. The record stood for 47 years until Younis Khan scored 267 in Bangalore in 2005.

3. Highest score in Eden Gardens until the VVS Laxman marathon

Kanhai was the first man to score a Test double at the Eden Gardens. His 256 remained the only double ton at the Eden Gardens until Laxman scripted that epic 281 against Australia in 2001. Wasim Jaffer is the only other batsman to hit a double century at the iconic venue.

In First-Class cricket, Kanhai was involved in two 400-plus partnerships. In 1974, he put up an unbeaten stand of 465 for the second wicket with John Jameson for Warwickshire against Gloucestershire. This was a record in First-Class cricket until the early 1990s when Lalchand Rajput put up 475 with Zahir Alam for Assam. In 1968, Kanhai had put up a 402-run stand for the fourth wicket with Khalid Ibadulla for Warwickshire against Nottinghamshire.

Kanhai was an inspiration to many people, to the extent that they named their sons after him. Sunil Gavaskar named his son Rohan. The legendary Bob Marley and Alvin Kallicharran, Kanhai’s teammate, also named their respective sons after Kanhai. For a major part of his younger days, Gavaskar was enamoured by Kanhai and had famously written in his book Idols, “Rohan Kanhai is quite simply the greatest batsman I have ever seen. What does one write about one’s hero, one’s idol, one for whom there is so much admiration?” Gavaskar was fortunate to have played alongside Kanhai during the World XI series in Australia in 1971-72.

When Garry Sobers had pulled out of World Cup 1975 at the last moment, the selectors included an ageing, grey-haired Kanhai. He did a stellar job, including a crucial fifty in the final where he added 149 with Clive Lloyd.

Kanhai is one of a handful of cricketers to have represented First-Class teams of five different continents. Though he typically played for Guyana, he also played a solitary match for Trinidad and Tobago. Kanhai also had stints with Warwickshire, Western Australia and Transvaal. 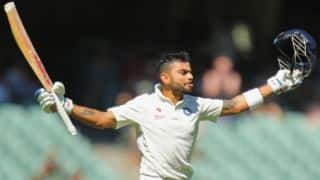 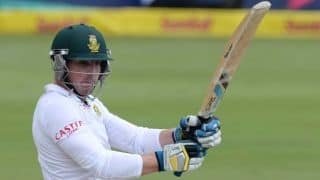 South Africa vs West Indies 2014-15: Stiaan vs Zyl dismissed for 29 by Kenroy Peters