India have only won 5 ODIs against South Africa here, out of 26 that yielded results.

India ended the Test series on a high. Their maiden Test series triumph on South African soil will have to wait for at least a few years, but India, currently ranked first, managed to clinch the Johannesburg Test last week. This was their third Test win in South Africa and the second at the ground. The focus now shifts to the six-ODI series.

The tables turn with the change in colour of clothes. South Africa are the No. 1-ranked ODI side and India are one place below them. However, if India win the Durban ODI, they can find themselves at the top, at least temporarily. A series win will give India the No. 1 ODI rank.

Virat Kohli s men have been a lethal ODI unit. India have not lost a bilateral ODI series in two years. While they have played more at home, India were equally impressive the in 2017 Champions Trophy and finished runners-up.

India have only won 5 ODIs against South Africa here, out of 26 that yielded results. South Africa are a force at home but Kohli s men have set eyes on their first ODI series win. Ahead of the Kingsmead clash, let us glance through the key battles.

Dharamsala, 2015. Rohit slammed his first T20I hundred. As Rohit took on the bowlers, Rabada, playing his first game in India, was amongst the victims of the carnage. A few days later at Kanpur, India were chasing 299 in the first ODI. Rohit s 150 kept them in course. India needed just 30 off 4 overs when Rohit fell to Imran Tahir. Rabada, dominated by Rohit throughout the match, then bowled a brilliant death spell to take South Africa 1-0.

Rabada only scaled in reputation since then. Rohit batted four times in the recent Test series and has fallen to Rabada thrice. Two of these were outcomes of Rohit s perennial weakness against late in-swing.

The duel will continue with Rabada hurling with the white new ball. But then, this is ODI cricket, a format Rohit has mastered better than most.

Prophesised as the next Adam Gilchrist, de Kock averaged less than 12 in the Test series. Bumrah, on debut, got QdK in the second innings at Cape Town and twice at Johannesburg. The brewing rivalry between these two young men is set to continue with the change from the whites.

QdK has played 10 ODIs against India and has slammed 5 hundreds. He averages 72. He and Bumrah are two of the most exciting under-25 prospects in world of cricket. The contest may well come down to de Kock s fluency against Bumrah s guile.

Less than a year back, Dhoni was keeping wickets to Tahir s leg-spin for Rising Pune Supergiant. Just over two months from now, he will do the same for Chennai Super Kings.

Tahir may be amongst the wiliest of bowlers but Dhoni knows about the bag of tricks he employs. In the middle overs, Dhoni will face a lot of Tahir and it will be a contest to look forward to.

Morris can chip in with crucial overs and clear the farthest of ropes. But then, South Africa have had a rich pedigree of all-rounders. The McMillans, Kallises, Pollocks, Kluseners and on…

Does Morris belong to the league? Only time will tell.

Pandya is not very different from Morris but the adulation he receives stems from the fact that India have had a dearth of pace bowling all-rounders.

In South African conditions, pace bowling all-rounders add a lot of balance to the respective side. South Africa s great record at home illustrates the same. With Pandya into the Indian mix, can India beat South Africa at their game? 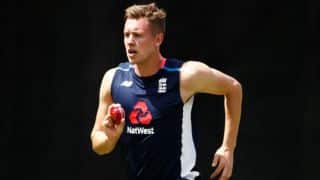