Sharma broke a number of records during his landmark innings of 264 against Sri Lanka.

Rohit Sharma smashed a record 264 runs in the fourth ODI against Sri Lanka at Eden Gardens, Kolkata, helping India win the match by 153-runs and take a 4-0 lead in the five-match series. Bharath Seervi lists the records that the batsman broke during the landmark innings.

Eden Gardens, and the cricket world, watched the first ever score of more than 250 by a batsman in a One-Day International (ODI). It was the 27-year old Indian, Rohit Sharma, who did it. This was his fifth ODI century and second double century! Many a batting records of ODIs were broken, including List-A records.

Let us analyze his innings before listing the records he broke.

Distribution of runs against all bowlers

Records broken during the innings:

Most number of boundaries in an ODI innings – Rohit Sharma smashed 42 boundaries in all (33 fours and 9 sixes) which is the highest eclipsing Virender Sehwags’s 32 boundaries (25 fours and 7 sixes) in his knock of 219 against West Indies in 2011.

Second highest number of runs from boundaries in a List-A innings – Rohit Sharma’s 186 runs in boundaries is second to Alistair Brown who scored 192 runs off boundaries in his 268-run innings.

Most number of balls faced in a 50 over ODI match – Rohit Sharma faced 173 balls in his innings and broke the record of highest number of balls faced by a batsman in a 50 over One Day International match. Previously it was held by Ashish Bagai of Canada who batted 171 deliveries in his innings of unbeaten 137 runs against Scotland in 2007. The record for highest number of deliveries in all ODIs is 201 balls by Glenn Turner in his 171* for New Zealand against East Africa in World Cup 1975.

Second highest number of balls faced by an Indian in an ODI – Rohit Sharma missed the Indian record by 3 balls. Sunil Gavaskar batted 174 balls to score 36 runs in inaugural match of World Cups, 60-over ODI it was.

These were the major records he broke in his innings. 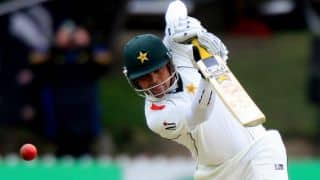 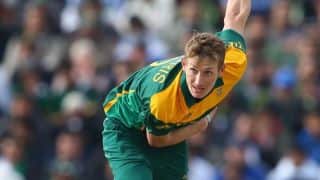