RCB highest score against CSK in IPL history in second innings is 165, which they lost by 13 runs.

Royal Challengers Bangalore (RCB) are on cusp of making only their third final appearance in the Indian Premier League (IPL). Nikhil Popat guides them with five steps to confirm their place in IPL 2015 final against Mumbai Indians.

RCB have made it to the final of the IPL twice but without any further success. They lost to Deccan Chargers in 2009, and to Chennai Super Kings (CSK) in 2011. They also finished runners-up in the Champions League T20 (CLT20) in 2011. For a team filled with best players in the shortest format of the game, it is about time they tasted some success. They are two games away from winning their maiden IPL trophy. They play CSK in Qualifier 2, a team they have not quite done well against this season, losing both their games. The following are five steps RCB must take to get past their nemesis. READ: Dwayne Bravo, Mitchell Starc hold key in Chennai Super Kings vs Royal Challengers Bangalore IPL 2015 Qualifier 2

Bat first: RCB have been magnificent when they bat first and the pressure of a chase has often bottled them down. This year, batting first, they have gone past 160 in all of those games, with three scores of 200 or more. It is not a coincidence that they lost both their games against CSK this year, when they were chasing a total. READ: Virat Kohli s diary entry after RCB’s win against RR

If chasing, keep target below 165: RCB highest score against CSK in IPL history in second innings is 165, which they lost by 13 runs. Chasing is not their forte against CSK so to be it, they can ensure they do not let Chennai get away with the game and restrict them to a moderate total by bowling really well. Also, the last time, Bangalore played Chennai at Ranchi, in IPL 2014, they won by five wickets chasing a score of 138. READ: Virat Kohli, AB de Villiers, Chris Gayle s form encouraging signs for RCB

Get through the CSK top order: CSK have had their success whenever their top order has done well. Most of which has come due to Brendon McCullum. Michael Hussey has just played a couple of games and Dwayne Smith has been under the cosh for some time now. RCB s biggest threat will be Suresh Raina who is yet to get past his mandatory 400 runs in a season of IPL and he is due. RCB will remember the last time Raina played Qualifier 2, he scored 87 runs in just 25 runs against Kings XI Punjab in IPL 2014 and if Raina s last game against Mumbai Indians is anything to go by, RCB will have to get rid of him very early.

Attack CSK at the top: CSK perennial issue has been their pace bowlers with the new ball. Whenever they have leaked runs at the top, Dhoni and CSK have found it hard to comeback in the game via their strength; spin bowling. Ashish Nehra has been a force to reckon with at the top but if Chris Gayle, Virat Kohli attack CSK hard at the top, with de Villiers to follow, it might set the tone for their innings. It will be interesting to see if RCB play Gayle since he did not play the last game and if he does, Dhoni might as well start with Ashwin against him.

Tie down MS Dhoni: MS Dhoni is known to play the big knocks on big days, be it the ICC Cricket World Cup 2011, or the IPL 2010 where he hit Irfan Pathan for 17 runs in an over to take Chennai into the knockouts. But of late, he has not quite played those match winning knocks and there has been a general decline in his batting. If RCB can tie down MS Dhoni, they might just make their job of getting to the IPL 2015 final, easier. 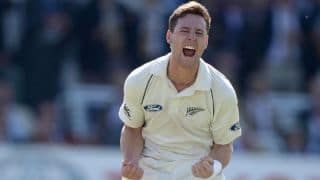 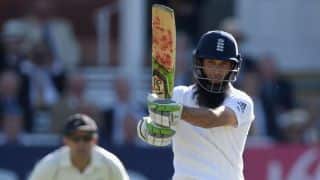