Pochiah Krishnamurthy of Hyderabad and Rusi Jeejeebhoy of Bengal were the two preferred for the job behind the stumps, described as virgin keepers by the media on account of their lack of any international experience.

The drama began even before the team had been chosen. India were to tour the West Indies for a 5-Test series in early 1971. As per the extant protocol, the captain of the touring party would be selected first. The selection committee comprised Vijay Merchant (Chairman), Bal Dani, M Datta Ray, CD Gopinath and MM Jagdale. Veteran selector Datta Ray was indisposed, suffering from hypertension, and was unable to attend the meeting of January 8, 1971 that decided on the choice of captain. The name of Chandu Borde was considered, but his recent lack of form and fitness went against him. The Chairman then used his casting vote to discard Mansur Ali Khan Pataudi as a possible leader, and appointed Ajit Wadekar instead.

The team was subsequently chosen at a later meeting held on January 12, 1971 at erstwhile Bombay. Wadekar, in his capacity as skipper, was co-opted as one of the selection group. To the disappointment of many, Bhagwat Chandrasekhar was not deemed to be in the reckoning for selection. Neither were Farokh Engineer and Rusi Surti, on the grounds that the last named pair had not been available to play in Ranji Trophy that season. Engineer was honouring his contract with Lancashire and Surti was busy playing for Queensland. When he heard that he had not been selected as captain (after 36 Tests in charge), Pataudi let it be known that he was not available for the tour as he intended to enter politics and contest the elections from Haryana. The young Syed Kirmani was not thought to be good enough for the trip.

Dilip Sardesai was included at the insistence of the skipper. ML Jaisimha was chosen on the basis of his two big centuries in the Duleep Trophy and Salim Durani was added to the mix of spinners. That left a substantial gap in the wicket-keeping department. Pochiah Krishnamurthy of Hyderabad and Rusi Jeejeebhoy of Bengal were the two preferred for the job behind the stumps, described as virgin keepers by the media on account of their lack of any international experience.

Rusi Ardeshir Jeejeebhoy was born December 2, 1942 at Calcutta, a very welcome addition to the local Parsee community. He was educated at Calcutta Boys School, an institution that has some other eminent crickets like Pranab Roy as alumni. For a while, the family used to live in one of the stalely buildings within the campus of the school, and Rusi used to be held in awe and envy by his younger fellow students of the school, including the writer. It used to be a novel experience for the hoi-polloi of the student body to look upon the debonair figure, even from a distance, one who had represented his state at cricket in the National Championship.

Between December 1962 and January 1965, Jeejeebhoy represented Calcutta University 7 times in the Rohinton Baria Trophy. In these games, he scored 170 runs from his 12 innings, with a highest of 56 against Benares Hindu University in December 1963. He took 11 catches and made 6 stumpings for his University.

Bengal batted first and put up a total of 426 all out. The outstanding individual effort was the 155 by Mitra. Debutant Jeejeebhoy scored 5. For Assam, Probodh Chowdhury took 4 for 95. Assam were then dismissed for 105 and 153. In the second innings Banerjee took 5 for 39 and Goswami 4 for 18. Bengal won the match by an innings and 168 runs. Jeejeebhoy had a catch in the second innings.

Jeejeebhoy made 5 dismissals in the match against Bihar at Eden Gardens in 1968-69. He took 4 catches in the Bihar first innings of 86, 3 of them off the bowling of Guha, who had figures of 5 for 35. In the Bihar second innings of 207, Jeejeebhoy held another catch, also off Guha, to dismiss the Bihar captain Anand Shukla. Bengal won this game, under the leadership of Ambar Roy, by 9 wickets.

The Bengal stumper played 4 Duleep Trophy matches for East Zone, scoring 62 runs from 8 innings with a highest of 25 and an average of 10.33. He held 7 catches and made a stumping for his Zonal team. His best individual score (25) for the zonal team was in the game against the touring MCC team led by Mike Denness, at Jamshedpur, in 1972-73.

Jeejeebhoy also played 2 games for Rest of India, the first being a Defence Fund Match against an Indian XI at Eden Gardens in 1971-72. Led by Hanumant Singh, the Rest of India could muster only 88 against Srinivas Venkataraghavan (6 for 43) and Salim Durani (4 for 28), the highest scorer being Ambar Roy with 14. Jeejeebhoy remained not out on 10 in the meagre total.

The Indian XI did not do much better, being dismissed for 109, skipper Wadekar top-scoring with 32. Jeejeebhoy held 4 catches in the innings, while Dilip Doshi picked up 6 for 38. In the second innings, Rest of India were all out for 167, Roy contributing 58 and Venkat and Durani taking 4 wickets each. Indian XI won easily by 7 wickets.

The next Defence Fund Match was played at Delhi. The Indian XI declared on 393 for 8, skipper Wadekar scoring a 102 and Venkat contributing 91. Rajinder Goel captured 5 for 125. The Rest of India were dismissed for 152 in response, Jeejeebhoy top-scoring with 39 not out, his best ever First-Class score.

On the tour of the West Indies in 1970-71 alluded to above, Jeejeebhoy was not selected for any of the 5 Tests, Krishnamurthy being preferred instead. Jeejeebhoy, however, played for the Indians in 6 of the tour games, scoring 69 runs from his 7 innings, with a highest of 29 and an average of 13.80. He held 11 catches and made a stumping.

His very first experience of playing against any international opposition was in the game against the West Indies Board President s XI at Montego Bay in February. Jeejeebhoy had a duck in the only innings he batted but took a catch in each innings of the opposition in a drawn game.

Jeejeebhoy also represented the Indians against Leeward Islands, Trinidad & Tobago, Guyana, Barbados, and Windward Islands. It must be mentioned here that the once proud West Indies team was in a state of transition, and there was a certain lack of quality, particularly in the bowling department, both in the Test team (despite the presence of Garry Sobers, Rohan Kanhai, Clive Lloyd and Lance Gibbs), as well as in the regional line-ups.

Jeejeebhoy performed fairly well in his last game on the tour, against Windward Islands, played at Roseau in April. The local team batted first, and had a total of 207, wicketkeeper Michael Findlay (62) the only one scoring a fifty. Jeejeebhoy held 3 catches, and Bedi took 4 for 52.

The Indians declared on 197 for 9, Kenia Jayantilal (65) scoring the only individual fifty of the innings. Martial Francis took 4 for 78. Jeejeebhoy had 2 more catches in the Windward Islands second innings of 171 for 9 declared. In the final innings the Indians scored 92 for 2. Jeejeebhoy, opening the innings with Sunil Gavaskar, scored 29, his highest score of the tour.

Jeejeebhoy s last First-Class game, his 46th, was a Duleep Trophy game for East Zone against South Zone at Chepauk, Madras, in 1973-74. He had only 1 dismissal and batted once to score 2.

In the final analysis, there appear to be two factors behind Jeejeebhoy s relatively short career at the top: first, Bengal were not very high in the hierarchy of Ranji Trophy teams at the time, and secondly, his perceived lack of ability with the bat might have had something to do with it. With Kirmani knocking on the selectors door, the powers that be in Indian cricket of the time perhaps felt that Jeejeebhoy, with his uni-dimensional skills limited to only wicketkeeping, was likely to prove a liability to the team in crunch situations and soon opted for the seriously talented stumper from down South. History has proved the selectors right in their choice.

In his post-retirement phase, Jeejeebhoy acted as match referee in a Ranji Trophy game between Orissa and Assam in 1995-96. He also had a somewhat controversial and turbulent career as manger of the Bengal Ranji Trophy team for a while (his methods and man-management abilities often being questioned). He was also Vice-President of the Bengal Hockey Association. 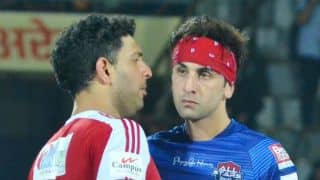 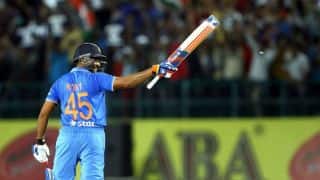