Dilip Doshi, Saeed Ajmal and Clarrie Grimmett are other bowlers to achieve the feat.

Of all fast bowlers to have made their debut after 30, Australian speedster Ryan Harris has just become the first to pick up a hundred Test wickets.

When Harris thunders into the crease and hurls the red cherry with a zestful vigour and transcendent control, one doesn’t envisage him as an embodiment of brain and brawn. However, the late bloomer from New South Wales has that ability to stealthily deliver the coup de grace on the unsuspecting batsman. Recently, he went onto take 100 Test wickets in only his 24th Test.

It is interesting to note that he is first fast bowler to take 100 Test wickets among those who have made their debut after 30. Harris, passing the coveted landmark after the age of 30 itself give an indication about his never-say-die attitude to bleed to bones to taste the glory of success.

In the final Test of the series that sheer willpower was evident in a crystal clear manner when he slipped in a toe-crushing yorker to send back the resolute Dale Steyn packing to the pavilion. He followed it up by snaring the last man’s wicket, Morne Morkel to seal the deal for Australia.

Now, it wasn’t just about Harris taking vital wickets to help Australia script a memorable win. It was more about the fabled story of a cricketer who showcased warrior-like perseverance to withstand a swollen knee and pain killers to land the deadly blows. He wasn’t even expected to last a spell with that swollen knee, but went onto bowl 25 overs full of indefatigable stamina.

Harris on his awe-inspiring burst, “If the captain tells you to bowl, you need to bowl, especially [in] Test matches like that. That’s our job, to win Test matches, but when you’ve got bowlers at the other end like Mitch [Johnson], if you say no then it would have been embarrassing,” as reported by The Australian.

He also said, “All I know is I was trying to bowl as fast as I could,” he said. “I didn’t even know I’d bowled Steyn until the boys celebrated.”

In the first innings of the Test at Cape Town too, he gave a glimpse of his ability to out-think the batsman by bowling full and reversing it both ways. The essence of his bowling can be encapsulated by how he sent South Africa’s premier batsman, Hashim Amla’s stumps cartwheeling out of the ground. Amla has that mystical brilliance surrounding his batsmanship, as he can play wondrous shots without getting to the pitch of the ball. Occasionally though, he can lose the plot by playing away from the body or leaving a gap between bat and pad. Harris explored that option by using the crease and bowling a jaw-dropping delivery with the old ball that tailed into Amla to shatter his stumps. In short, his bowling is akin to a cheetah relying on tall grasses to stealthily hunt its prey.

Harris’ 100th Test wicket — that of Alviro Petersen — was a just reward for all the blood, sweat and toil over the years. Intriguingly, he is only the fourth and the first fast bowler to achieve that milestone after completing 30 years of age.

The table below lists the bowlers who completed that landmark after crossing 30 years.

The table shows how difficult it is for a fast bowler to do well after crossing 30 years. But Harris is a sui generis in that sense, as even at 34, he is taking a truckload of wickets.

Harris may not have too many years left in him. He has gone under the surgeon’s table many times and his recent knee surgery won’t help matters either. But he seems to have that ability to bounce back every time and leave everyone gasping for breath with his soul-lifting endeavours. 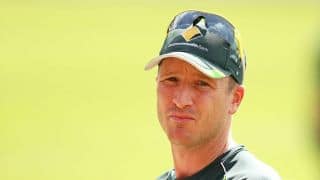 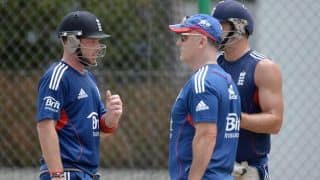