Markram's leadership during the ICC Under-19 World Cup 2014 was calm and composed.

Aiden Markram led South Africa to victory in the ICC Under-19 World Cup 2014. The youngster led from the front through the tournament with sparkling performances with the bat; showing exemplary maturity and calm throughout. Nishad Pai Vaidya spoke to Markram.

There is some sort of calm surrounding the young Aiden Markram. If you watch the 19-year-old bat, you feel assured that there is a mature mind out in the middle — focused on the job. That maturity worked wonders for South Africa as he fashioned their first world triumph in almost 15 years. Markam was the captain the group of boys needed to lift the ICC Under-19 World Cup 2014 in the United Arab Emirates. The leadership element exudes in his personality and when he speaks about the triumph, he makes it a point to say “we.”

Looking back at the under-19 journey, Markam is a happy man having led his side to victory. “Yes it has been awesome. We are over the moon. We are just thankful to the Lord and everyone who has given us this opportunity. It is something that will stick with us for the rest of our lives,” he says.

South Africa, unlike India, do not play a lot of under-19 leading up to the under-19 World Cup. Thus, before the big event, their previous exposure at the international level was a quadrangular series in India last year. Markram was picked as a wicketkeeper batsman for that tourney but struggled with the bat. However, a month before the big event, the captain’s band was handed to him from Yaseen Valli. The selectors had perhaps unknowingly unearthed a different side to Markram.

Throughout the tournament, Markram led from the front with the bat and it was no surprise that he was named the Player of the Tournament. He knew that the extra responsibility had to get the better of him and worked on it. “I worked a lot with coach Ray (Jennings) about it. There has got to be someone leading from the front and I am captain so it was sort of my responsibility to do so. I am happy that a lot in the tournament went my way and fortunately went well for me. I am grateful the tournament went well, but each person contributed I believe,” Markram says.

Take a look at Markram’s feats in the Under-19 World Cup. He scored 120 not out against Zimbabwe, followed by a crucial 105 not out in the run-chase against Afghanistan in the quarter-finals. But, his most valuable knocks came in the semi and the final. Against Australia in the semis, his innings of 45 was measured and laid the foundation of the victory. And, with all the pressure in the big game, although they were chasing only 132 against Pakistan in the final, his knock of 66 was calm and helped South Africa sail through. Remember, they were 28 for two at one stage and a few more bumps could have made it tricky.

So with the leadership band, did he feel the added pressure? Ask Markram about it and he will tell you that it only helped get the best out of him. “I think captaining the side helps me take responsibility and not throw away my wicket. It helps me become responsible and take the team through the tough stages because I know I have to lead from the front,” he says.

At the crease, Markram usually took his time and surveyed the conditions for his side. While he was the captain, he was also their opening batsman — literally leading from the front on all counts. “Normally, I like to keep the scoreboard ticking. The wicket (in the final) was difficult when the seamers bowled I felt. They used the short ball well, some of them skid on and were quick. Normally, I try to be positive and calm; you can’t get yourself too tensed and you won’t be able to play. There is certain amount of freedom and the executing gameplans that you planned,” Markram explains.

Sachin Tendulkar has been Markram’s idol and he also looks up to a set of South African players, who are icons in the Rainbow Nation. Markram says, “I have always looked up to Sachin Tendulkar as most people do. Back home, Jacques Kallis, AB de Villiers and Graeme Smith. I feel they have a massive role, not just as batsmen but also on the leadership front. Smith is a massive role model for me as his leadership’s been superb.”

This boy from Pretoria was motivated by his sport-loving father and uncles to take up the game. They have supported him and are passionate about his progress. The victory at the under-19 World Cup could perhaps fast-track his graduation to the higher ranks. However, Markram is mature enough to understand that there is a process and says that there is more to life than cricket. Players like Quinton de Kock and Smith made it through quite quickly. “You look up to those names. I think we are still very far away from them and understand that there is a process to try and make it. We’ll just keep training hard and you can never take anything for granted in life. Maybe, one day you are here and the next day you are not. So you live everyday and there is more to life than cricket. You have to enjoy your life and when it is cricket-time, we give it everything,” he says with a philosophical tone. 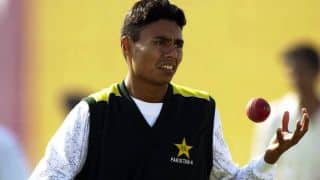