The India-West Indies encounter has taken a backstage as crowds will throng to the Eden Gardens and the Wankhede Stadium for just one man. Aayush Puthran explains the phenomena and why the burden of expectation will be as high as ever on Sachin Tendulkar. 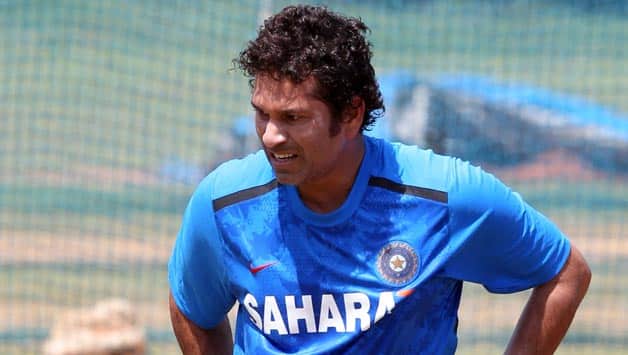 The India-West Indies encounter has taken a backstage as crowds will throng to the Eden Gardens and the Wankhede Stadium for just one man. Aayush Puthran explains the phenomena and why the burden of expectation will be as high as ever on Sachin Tendulkar.

The last time India played West Indies at the Wankhede Stadium, ‘I was there’. It was when Sachin Tendulkar, already 99 centuries down, had fallen six short of a hundred. I was there to witness nearly half the crowds in the stadium walk out at the fall of his wicket and the rest of the half screaming out loudly asking the Indian skipper to declare the innings and follow on, just to watch their favourite batsman bat again.

‘I was there’ is as clichéd a term while narrating incidents of Tendulkar’s innings as the two phenomena mentioned above that take place at the fall of the Little Master’s wicket. With just two more Tests remaining, the shout-outs won’t be getting any weaker. It would be harsh on the likes of Shikhar Dhawan, Murali Vijay and Cheteshwar Pujara, the wickets that Indian fans would be celebrating more than the West Indian players themselves. On the other hand, the player to follow after Tendulkar is dismissed would have to hold up his confidence that is bound to be demoralised as a packed stadium would vacate in front of him.

Virat Kohli was at the wrong end when his home crowd at the Ferozshah Kotla celebrated his wicket earlier in the year against Australia, much to his frustration. But that is where the world of reality has come to. Irrespective of the fact that young prodigies like him or Rohit Sharma have burst on to the scene and played some exceptional cricket, one wonders who will make the crowd walk out of the stadium at the fall of their wicket. Basically, will a one-man power draw in the crowd to the stadiums?

Will there be ‘I was there’ narrations with as much pride?

For Tendulkar, the run of poor form and emergence of new heroes in Indian cricket is still not going to let the burden of expectation reduce on him. For many, the result of the match or the series is going to be inconsequential. There is still the expectation of a century or a double, and with some even a triple. Expectations won’t fall and nor will a good knock of 70-80 be any consolation.

Everyone wants a story. ‘I was there at Eden Gardens’ or ‘I was there at Wankhede’ will still make that story. This time, however, not many would want to make a pulsating tale. They will all be hoping for a more romantic one!