Sachin Tendulkar's exit: How Indian cricket would go on without the maestro

Sachin Tendulkar's exit: How Indian cricket would go on without the maestro

Finally, Sachin Tendulkar’s long and illustrious international career came to an end. Abhishek Mukherjee ponders at how Indian cricket would go on after him. 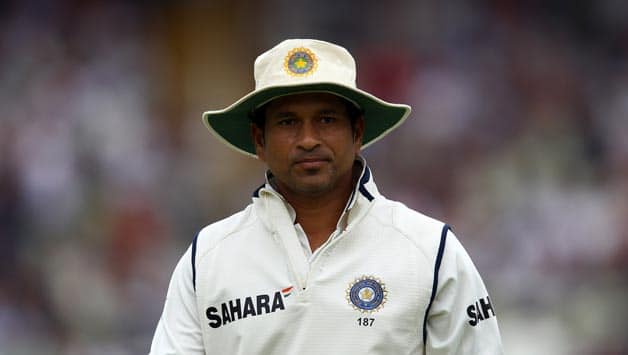 Sachin Tendulkar bid an emotional farewell to cricket, surrounded by family and friends on Saturday at Wankhede Satdium © Getty Images

Finally, Sachin Tendulkar’s long and illustrious international career came to an end. Abhishek Mukherjee ponders at how Indian cricket would go on after him.


So this is what it is like. Hands were shaken, formal words were uttered, the Board of Control for Cricket in India (BCCI) got a lot of publicity, and Sachin Tendulkar disappeared into the darkness of the dressing-room, never to return again on the international arena. The helmets with the tricolour will find a nook somewhere in a museum, as will the collection of bats and pads and other gear.

The scorecard — on the ground, the television sets, on the internet — will have a different name at No 4; while hitting the ball high in the air to provide catching practice, Duncan Fletcher might still yell “Sachin!” more out of habit than anything else; and MS Dhoni may suddenly feel old, very old, in a team of youngsters; and as for us, we will probably end up losing the last bit of string that connects us to our childhood.

There will soon be a day when the sun will shine on a cricket ground where the Indian team will take field sans The Master. Years will pass before there will be the fall of the Indian second wicket will be greeted by a cheer. The familiar chant will never be heard over grounds by supporters in blue.

He will continue to live.

There is Shikhar Dhawan, the man who still hasn’t learnt complicated concepts like “getting one’s eyes in”; there is Virat Kohli, so unlike The Master in attitude but whose eyes light up in the same manner when he wins a match for India; there is Cheteshwar Pujara, no-nonsense in approach, and yet so reminiscent of Tendulkar’s voracious appetite for runs.

There is Rohit Sharma, finally finding his groove in international cricket; the flamboyant Yuvraj Singh, who, despite his inability to make them big, has managed to take things to the next level; there are also the likes of Ajinkya Rahane and Manoj Tiwary — who knows what might happen if one of them get a break and do it big?

One of them might become the next Tendulkar. Or maybe it won’t be any of them.

The next Tendulkar may emerge from the nondescript house in our locality that we have always passed by without casting a look. We have seen the kid return from a coaching-camp with a heavy kit on his shoulder as we left for work, but have never considered taking him seriously. Even when a very talented cricketer at school- or club-level is marked as a fresh talent we may choose to ignore the boy.

Then, some day, we will see the child on television. He will have become a teenager by then. Maybe he will walk out at the fall of two wickets. Maybe his helmet will adorn the tricolour as well. Maybe he, too, will look as boyish, smile innocently, and continue to remain a pillar of Indian cricket for ages.

Or maybe this is a dream.

Maybe the “New King” is already playing international cricket, or will be making waves in domestic cricket this season.

But someone will emerge. Someone has to. The same way Tendulkar himself took up the mantle from Sunil Gavaskar within a span of three years.

The King is Dead. Long live the King.

Indian cricket is secure; but can Sachin Tendulkar ever be replaced?

Sachin Tendulkar one of the finest examples of sportspersons India ever had: Sports minister