Sachin Tendulkar: Signing off in style as member of the winning IPL team

Sachin Tendulkar: Signing off in style as member of the winning IPL team The IPL has fostered a sense of rivalry between the cities. Fans flock to the stadiums to watch their team and support them passionately. However, Tendulkar transcended those barriers and continued to be the darling of the cricket enthusiasts © IANS

Choosing the perfect occasion, Sachin Tendulkar bid adieu to the Indian Premier League (IPL) as he watched his team Mumbai Indians lift the coveted title. Even after scaling numerous summits, smashing records and filling his cabinet with silverware, the 40-year old celebrated with a child-like enthusiasm and leaves an indelible mark on the young man’s game.

The IPL has fostered a sense of rivalry between the cities. Fans flock to the stadiums to watch their team and support them passionately. However, Tendulkar transcended those barriers and continued to be the darling of the cricket enthusiasts. Even when he walked on rival turf, the fans chanted his name as if he was in the India jersey. That showed that the growth of the league did not affect his standing as he belonged to the nation.

In December 2012, Tendulkar retired from One-Day Internationals (ODIs) — ending a long illustrious career. His stay in T20 cricket was much shorter, but he did manage to create a niche for himself. The skeptics felt that Tendulkar wasn’t meant for this format and could only succeed in the other versions. John Buchanan, the esteemed coach, went on two write in his The Future of Cricket: The Rise of T20 that batsmen had to be inventive and fearless in T20 cricket — something Tendulkar lacked at such a stage in his career. A year down the line, Buchanan was made to eat his words as Tendulkar finished with the Orange Cap at the IPL.

Tendulkar showed that one could score at a good clip by adhering to the principles of the copybook. Consider this, during the 2010 season, where he amassed 618 runs, he hit only three sixes. He laced the park with boundaries along the carpet. The cover-drives and the straight drives were regular features. Anything short outside the off was punished and those on the pads were deftly turned away. Although the purists shunned the crude format, they couldn’t help but appreciate the master’s feats.

Here is Tendulkar’s record in IPL:

The 2010 season was his best by far. He took Mumbai to the final, but suffered the heartbreak of defeat. A strike-rate of 132.61 shows how aggressive he was despite following the classical approach. He didn’t have a very good time in the last two seasons, though there were glimpses of his inimitable greatness. His overall record is impressive. In 78 matches, he has 2334 runs at an average of 34.83. A strike-rate of 119.81 is also a decent number. His highest score of 100 not out came against the Kochi Tuskers Kerala in 2011.

Tendulkar has given up the coloured clothing for good. He will now be seen in the white flannels, the next time India play Test cricket. It certainly is an end of an era as Tendulkar was a true modern batsman who adjusted to the rigours of any format. The IPL and the Mumbai Indians would certainly miss him — unless he returns as a mentor or coach. 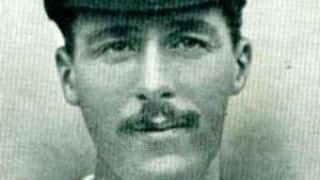 Frank Woolley: A giant among the great English all-rounders