India is no longer a force in Asia, let alone the world.

Sachin Tendulkar and Sourav Ganguly successfully bided for franchises in the Indian Super League. Nishad Pai Vaidya believes that it can generate interest towards Indian football.

There was a time when the Indian football team was one of the strongest sides in Asia. Turn you clock back to the 1950s and the 60s to revisit that forgotten era. The more famous story of course is of India s withdrawal from the 1950 World Cup in Brazil. But, consider this: India won two gold medals at the Asian Games (1951 and 1962), was a runner-up at the Asia Cup (1964) and came close to winning the Bronze at the Melbourne Olympics in 1956. Almost 60 years since that day at Melbourne, Indian football finds itself in obscurity.

India is no longer a force in Asia, let alone the world. Over the years, India haven t even come close to qualifying for the FIFA World Cup and only made it into the Asia Cup twice since that second place finish in 1964. A ranking of 145 doesn t tell the true story. An outsider may believe that it isn t a popular sport in India and is neglected. But, it is a bit of an aberration! While football is certainly popular in India, it is neglected.

There are millions of football fans in India. However, they aren t your Indian football fans. Majority of them support teams from the English Premier League (EPL), La Liga, and other European tournaments. There is a miniscule minority that may have anything to do with the Indian clubs and the teams. Most wouldn t know India s starting line-up, but could very well tell you full squads of premier league teams. Thus, what Indian football really needed was some star power.

That is where Sachin Tendulkar and Sourav Ganguly have come into the picture with the Indian Super League (ISL). This football league which is to be held this year would have a host of some former international stars and managers to pull the crowds. But, the involvement of Tendulkar and Ganguly does promise a lot. The two sportsmen have enjoyed iconic statuses in their own right in the country and them successfully bidding for teams certainly spices things up for the league.

With the kind of popularity Tendulkar and Ganguly have enjoyed during their careers, the hardcore cricket fans may also turn for a moment and think about ISL. Fans may actually start watching the tournament with the aim of supporting their favourite owners and in turn, that may benefit Indian football. This cricketing angle to it does held and with the humongous following cricket enjoys in the country, even if a few tune in due to the Tendulkar-Ganguly effect, the purpose may be served. To add to all that, film stars such as Ranbir Kapoor and Salman Khan have also bought teams in the league, which should target the film buffs.

If there is any danger, it is about the league being about them, the owners. Tendulkar and Ganguly have played team sport and wouldn t like to steal the attention from the players, who are actually fighting it out in the middle. It shouldn t become a league, where two famous cricketers teams will fight it out against an army of actors. It is all about the sport that is played on the pitch and Tendulkar and Ganguly would know that well.

To sum up, Tendulkar and Ganguly s involvement may only generate interest and attract some support, but there is a lot to do for Indian football. Perhaps, this is a start and it has come with a cricketing angle. 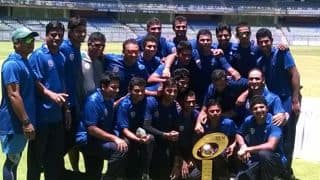 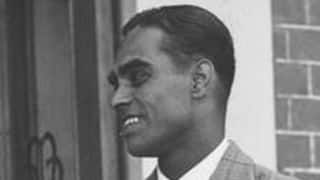