Tarot reader Shruti Chopra looks into her cards to give CricketCountry.com readers exclusive insights into what lies ahead in the IPL matches. In the below piece, she dwells into the Mumbai Indians vs Kings XI Punjab game - the first of the two IPL matches on Wednesday. 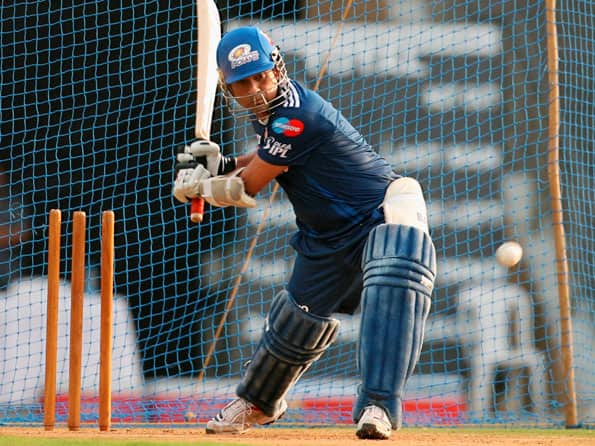 Tarot reader Shruti Chopra looks into her cards to give CricketCountry.com readers exclusive insights into what lies ahead in the IPL matches. In the below piece, she dwells into the Mumbai Indians vs Kings XI Punjab game – the first of the two IPL matches on Wednesday.

The Kings XI are over active and over-eager to win. The Five of Cups advises the team to not get swayed to quickly into this momentum. They will need to slow down and stick to their well made plans. Their fielding, batting and bowling will be stable and would to display an all-round performance.

David Hussey won’t have the best day with the bat. The Page of Swords shows that his focus will be wayward and may feel disappointed with his inability to contribute to his potential. In his captaincy, Hussey will bring about some important and balanced changes. He will be like the Hierophant, who’ll way out all his options to make some successful decisions.

Shaun Marsh is the key in this game. He, like the Emperor and the Empress, is ready to rule and command over the opposition. He will respect the situation and provide an important balance to his side.

Nitin Saini will have a good start. In fact he will adapt himself well. He will need to be careful of being too eager and losing his focus.

Piyush Chawla is well planned, strong and will be able to implement his plans successfully.

Praveen Kumar has the Star helping him to grab on to opportunities, which will allow him to deliver better results.

Parvinder Awana will shine today. His fresh approach will prove to be important.

The Mumbai Indians seem to be putting a lot of pressure on themselves. The Nine of Swords and the Tower card represents the extreme stress they are under. The management/coach will make sure the team has strong plans and is ready to implement them, yet this may not be the easiest for them. The positive is, despite the stress Mumbai will start off with; they have the Wheel of Fortune to help them over turn their stress into stability and to give the opposition a fight.

Harbhajan Singh’s initial approach maybe too soft and too cautious. This may not give him the required results in his bowling. He will have the potential to be more aggressive towards the end of his spell, which will give him better results. As a captain, Harbhajan will be like the Empress supported by the Ace of Pentacles, strong and aggressive – allowing him to dominate the opposition.

Sachin Tendulkar is blessed with the Seven of Pentacles and the Chariot. He will be balanced, strong and ready to take charge. He will have a good day all round.

James Franklin will start off slowly but will be able to increase his tempo to provide the team with strength and the right start. It will be a good day for him.

Munaf Patel will bowl well in partnership and like the Six of Wands, will be able to push the team towards success.

It looks like Kieron Pollard will have an average day and may leave his attack too late.

Ambati Rayudu will start off strong, but will need constant guidance to gain better direction in his innings.

Rohit Sharma will start off playing a balanced and strong innings. He should be wary of not letting the pressure get to him, as the Ten of Swords warns of him losing his way when it will really matter.

Kings XI Punjab hold advantage since they will have a better all round performance.