Saeed Ahmed is a former Pakistan middle-order batsman, who played 41 Tests for his country. Fastest Pakistani to 1000 Test runs, Ahmed was known for his powerful drives.

Born October 1, 1937, Saeed Ahmed is a former Pakistan middle-order batsman, who played 41 Tests for his country. Fastest Pakistani to 1,000 Test runs, Ahmed was known for his powerful drives. He had a colourful life off the field before he turned towards religion. On his 80th birthday, Chinmay Jawalekar recollects 15 facts about the batsman, who was also a handy off-break bowler.

1. Indian who played for Pakistan: Saeed Ahmed was born in Jullundur (now Jalandhar) in undivided Punjab of British India. Technically he was born an Indian, who moved to the other side of the border after the partition and represented Pakistan.

3. Memorable Test debut: Ahmed had a remarkable Test debut. Playing against the West Indies at Kensington Oval, Bridgetown, Barbados, he scored 13 in the first innings. However, he scored a composed 65 in the second innings and added 154 with one of Pakistan s greats Hanif Mohammad, who scored a mammoth 337 in that innings. Hanif s score remains the highest individual score by a Pakistani player in Test matches.

4. Prolific run: After a remarkable debut, Ahmed went on to notch 50 plus scores in next five Test matches as well. He scored 64 in the second innings of next Test at Port of Spain, a first-innings 52 in the third Test at Kingston, his maiden hundred (150) in the fourth Test at Georgetown and 97 in the last Test again at Port of Spain. He ended the series with 508 runs from 5 Tests at 56.40, making it the fourth best performance on debut in a 5-Test series. His spell didn t end here, as he scored a fluent 78 in his next match against the same team next year at Karachi.

5. Productive years: The first three years of his career remained his most productive ones, where he scored 4 of his 5 career centuries. His fifth and final Test hundred came four years after the fourth one.

6. Fastest Pakistani to 1,000 runs: Ahmed became the fastest Pakistani player to score Test runs in his 11th Test match. He took 20 innings to reach the feat. His record remains intact till date.

7. Captaincy ambitions: Ahmed always harboured captaincy aspirations. His ambition was fulfilled when he was appointed the captain of Pakistan in place of Hanif, ahead of the home series against England in late 1968. The series ended in a 0-0 draw and the fans and the board slammed Ahmed for being too defensive. He was immediately replaced by Intikhab Alam as captain in 1969.

8. Move to England: Upset with the management s decision to remove him as the captain, Ahmed made himself unavailable for the New Zealand tour and decided to move to England.

9. Love for nightlife: It is said that during his stay in England, the stylish Pakistani developed a strong liking for the nightlife and turned into a party animal.

10. Return to the national team: He made a comeback to the national team in the year 1971; however, it was a short-lived one. He played only three Tests and scored a lone fifty. He ended with an average above 40 in both his First Class and Test career.

11. Controversy ended the career: Ahmed s career ended with a controversy that tarnished his image forever. His last series in Australia was played on green-top wickets. Before the third Test at Sydney, Ahmed was asked by the skipper Alam to bat at one-down. He refused, citing he would be better off at 6. About two hours before the Test was to commence, Ahmed backed out of the match claiming he had a back strain. His move allegedly came after he had a look at the wicket, which was the greenest he had ever seen. He was left out from the side but the twist in the tale came when Ahmed was spotted dancing at a Sydney nightclub the same night. An inquiry launched by the team management found Ahmed guilty of lying about his injury. He was sent back home on disciplinary grounds. Ahmed moved back to England and never played for Pakistan again.

12. Turned towards religion: After twenty-five years of oblivion, Ahmed resurfaced in 1998, when he was spotted at the Sharjah stadium where Pakistan was playing a ODI tournament. In his religious look, he appeared to be a completely changed man. Former England captain and famous commentator, late Tony Greig, who was also Ahmed s drinking partner in the 1970s, had a word with him. Ahmed told him he had joined the Islamic religious group the Tableeghi Jamat and that he was here on the invitation of some Pakistani players who also wanted to join the group.

13. Influence: Ahmed version 2.0 had a huge influence on the Pakistan team on the late 90s. Three players Saeed Anwar, Mushtaq Ahmed and Saqlain Mushtaq reportedly turned towards religion after meeting him. They started keeping beards and practicing prayers on the field. Inzamam-ul-Haq too was later influenced by him and it is said that it was during this period that group prayer meetings became a norm of the team.

14. Powerful driver: His powerful drives are highly spoken about. It is said that such was the impact of his drives, that they would reach the fence even before the bowler would finish his follow-through.

15. Half-brother: Ahmed s half-brother Younis also played for Pakistan. He was 10 years younger to Saeed and appeared in 4 Tests and 2 ODIs for his country over a span of 18 years. Younis played his first 2 Tests in 1969 and last 2 in 1987. 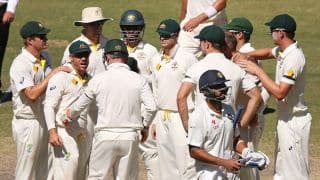 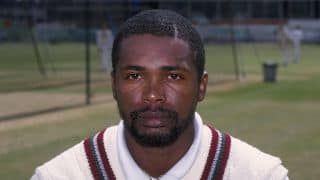