A week back Saeed Ajmal withdrew himself from Pakistan's World Cup probables list after being unable to correct his bowling action.

A week back Saeed Ajmal withdrew himself from Pakistan’s World Cup probables list after being unable to correct his bowling action.

Ajmal was suspended from bowling in all forms of international cricket after it was found that his bowling action was illegal in a bio-mechanical test in September.

Pakistan Cricket Board (PCB) had requested the International Cricket Council (ICC) to reassess Ajmal’s action once again but the unofficial tests revealed showed that the off-spinner needed further remodelling.

The above Sidhuism is about getting sarcastic about Ajmal’s bent arm, which in the past has created a galore of trouble for batsmen all around the world. Seems like the 37-year old, who still ranks number two in ICC One-Day International (ODI) ranking, has a bleak future ahead of him. 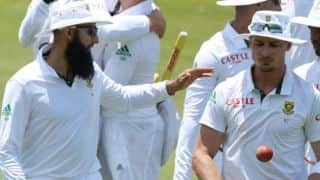 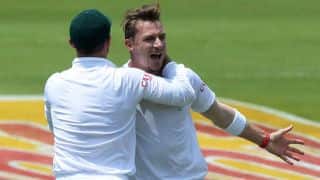