Saeed Ajmal, Sunil Narine, and other bowlers with suspect bowling actions: Should bowlers be allowed to experiment?

Saeed Ajmal, Sunil Narine, and other bowlers with suspect bowling actions: Should bowlers be allowed to ex

While batsmen have freedom to innovate, the bowlers have strict guidelines under which to bowl.

With time the attention span of people has reduced, giving birth to the more “exciting” version of T20 cricket where batsmen come and hit bowlers all over the park. Sadly, as time has progressed the rules of the game have become favourable towards the batsmen. Varun Arora looks at various areas where batsmen enjoy better liberty than the bowlers.

Australia required seven runs to win the only T20 International (T20I) against Pakistan. Sohaib Maqsood is ready to bowl his off-break and David Warner is on strike. Maqsood floats one in and Warner promptly changes his stance, turns into a right-hander, and smacks it over mid-wicket for a big six.

Rameez Raja who was in the commentary box immediately questioned, “If there can be a switch-hit, why can’t there be a doosra?” Probably Saeed Ajmal’s suspension raised this question in his mind.

The point raised by Raja is intriguing and raises a lot questions. It also brings into limelight the level up to which bowling is scrutinised and controlled. While batsmen have freedom to innovate, attack, and hit the bowler out of the attack, bowlers have strict guidelines under which they need to bowl.

Doosra is to bowling what the switch-hit is to batting. If a batsman can change his stance and convert his batting style, a bowler should be allowed a deliver a ball which is opposite to his original bowling style. With a rulebook replete with restrictions, where is the space for a bowler to come up with variations and pick up wickets? Is cricket only a batsman’s game where a bowler plays a stipulated role?

In recent times, batsmen have continued playing fluent cover drives, straight drives and back-foot punches, but have also started looking towards new means to get runs. ‘Dilscoop’ was patented by Tillakaratne Dilshan, the ‘Helicopter shot’ perfected by MS Dhoni, and the switch-hit implemented by England batsman Kevin Pietersen. These have been the staple means to get runs in modern-day cricket. The elegant and smooth flicks have changed into heavy agricultural hoicks which land several rows back in the crowd.

If batsmen are developing with the changing format, then why should bowlers be bound by numeric rules which restrict freedom to deliver a ball in a particular style? If an off-spinner needs to spin the bowl the other way, it requires him to bend his elbow by more than 15 degrees without which he cannot innovate — but the outdated rule book denies this liberty.

Switch hit vs Bowling Hand: The bowler has become too predictable. The batsman knows absolutely everything; the bowler’s bowling arm, his bowling action, and what he is going to bowl. But for the bowler everything is a surprise factor. The batsman can come down the length of the wicket without any restriction of the crease, and negate the spin or movement. He can hit the bowler with all the imagination he can produce and hit across the boundary in any odd fashion. But if the batsman can change his stance, why can’t a bowler change his bowling arm before the release of the delivery or come up with an under-arm delivery?

The angle restriction: A ball has to travel 22 yards for the batsman to hit it in any fashion, so why come up with any restriction on angle? A bowler should be allowed to bend or mend his bowling arm in any fashion unless he is bowling from behind the crease and delivering the ball at a genuine height. The T20 format witnesses immense cruelty to the bowlers with runs coming in heaps, while bowlers have no choice but to keep on bowling their regular stuff.  If the game is progressing, formats changing, and scoring methods improving then why should bowling actions still stick to ancient rules?

No quota: A batsman comes to bat in the first over of the match, builds the innings, slogs in between and has the option of staying till the end of the innings, but the bowler is bound with a definite number of overs he can bowl. When the batsman is not bound by number of overs he can bat, why is the bowler bound by this numeric deadlock? A bowler has only a few overs — limited balls — where they can get the batsman out.

Quality of willows: As modern-day cricket is progressing, better bats are used by the batsmen which are carved out of superior wood. These days even miss-hits go for colossal sixes. The same question should be asked here — if superior wood is allowed to make bats more powerful, why not get a thicker piece of leather which helps the bowler zip the ball with more pace?

Cricket administrators need to think and introspect on these issues, which are biased against the bowlers. Let there be more equality between bat and ball where bowlers and batsmen battle on a level playing field. 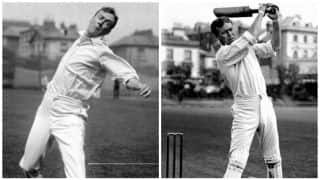 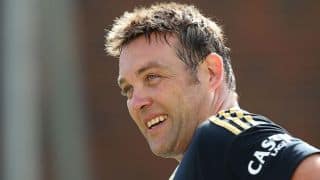