The feeling of seeing an Englishman bursting onto the scenes and dominating one of the overriding spin attacks on a spin-friendly track was simply captivating.

England’s Sam Billings announced himself in the grandest stage of T20 cricket — Indian Premier League with a sweltering half-century for Delhi Daredevils in their own den. The feeling of seeing an Englishman bursting onto the scenes and dominating one of the overriding spin attacks on a spin-friendly track was simply captivating. He played an improvisational as well as orthodox brand of cricket in a cultured manner to get smash his maiden fifty in IPL on debut. Billings having played majority of his cricket in the seaming English conditions, confronted the KKR spin attack with unmatched confidence and played an innings of some substance. He is definitely the one to watch out for. ALSO SEE: IPL 2016, Match 26, Pick of the tweets: Delhi Daredevils vs Kolkata Knight Riders at Delhi

Billings was drafted in to the DD side as the expense of consistent JP Duminy and the pressure of making the given opportunity count was always mounting over his head. But he soaked in the pressure and battled with buoyancy to come out in flying colours.

DD’s batting has been on the weaker side as compared to their bowling and once again they found themselves in a precarious situation at 32 for the loss of three wickets in 5 overs. Billings along with Karun Nair stitched a match-winning partnership and steered their side to a dominating position. Despite being an overseas batsman, he ruled spin without taking any redundant risk. He was quick of his feet and didn’t let the spinners settle down as he frequently shimmied down the track to get to the pitch of the ball. He maneuvered the ball into the gaps and kept the scoreboard ticking.

To start the proceedings, Billings pulled a short one from Yadav between square leg and midwicket to earn his first boundary and gave a optimistic impression. Moments later, he slapped a tossed up leg spinning delivery from Piyush Chawla which rocketed towards the covers boundary. The very next delivery, he charged down the track and nudged it through midwicket only to pile couple of more runs to his existing score. It was palpable for Chawla to pull his length back which was precisely anticipated by Billing as he quickly went on the back foot to pull it for another boundary. The ball kept low but his footwork allowed him to connect it as it should be, a shot which rekindled memories of Rahul Dravid and Virat Kohli.

In the 16th over, Billings swept Jason Holder for a six over square leg and gave a testament of his ability to innovate and improvise to perfection. He achieved the 50-run landmark in style as he cleared the rope with utter ease. Chinaman Brad Hogg bowled a flighted delivery outside off-stump to which Billings offered a flat batted shot and lofted it over long-off for a massive six. His foot was nowhere near the pitch of the ball but gave a full throttle to the opportunity offered, it’s never easy to play against the spin but Billings did it without any hassle and worked it through covers.

For any purist, scoring through the cover area fetches immense contentment, the moment is pleasing to the eye runs are scored in that cordon that too against a spinner. He has displayed sound batting technique in the only opportunity which he got and grabbed it with both the hands. He is undoubtedly the man to watch out for in the forthcoming matches for Delhi Daredevils, with him in the side they have certainly strengthened their batting in the middle-order. 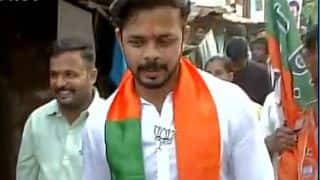 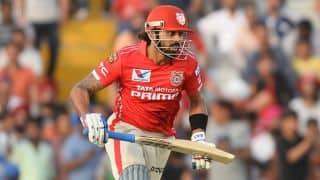