His strengths are his accuracy and ability to get the ball to move a long way, both in the air and especially off the pitch.

Kings XI Punjab (KXIP) have had a rather terrible time so far in Indian Premier League (IPL) 2015. They are at the bottom of the points table at present, having been beaten in four of their six games. There has been one positive for the struggling KXIP though: Sandeep Sharma. Shiamak Unwalla takes a look at the Punjab pacer.

If anyone had said this time last year that Kings XI Punjab (KXIP) would be languishing at the bottom of the table in IPL 2015, they would have been laughed at. The way KXIP were decimating opponents in IPL 2014, it seemed that nothing less than fate or a freak of nature could stop them. After all, they had their own freaks, led by Glenn Maxwell and David Miller. The unheralded Akshar Patel was the find of the tournament, and Mitchell Johnson was breathing fire as usual.

(READ: 10 unheralded Indians who impressed in their IPL debut season)

Fast forward to IPL 2015: Maxwell and Miller have both been dropped once each. Akshar has gone at over eight runs an over, as opposed to his run-rate of 6.13 in IPL 2014. Johnson has gone at nearly nine runs an over, having struck just six times in as many games.

The entire KXIP team has suffered a collective loss of form at a most inopportune moment all of them, except Sandeep Sharma.

Sandeep is not an express pace bowler. He might never be fast enough to convincingly stare down a batsman. He is not tall and intimidating. His strengths are his accuracy and ability to get the ball to move a long way, both in the air and especially off the pitch. Most importantly, he knows how to control his swing.

(READ: Dream Team: IPL XI of Indian players who have not played for the country)

In six matches in IPL 2015, Sandeep has taken eight wickets at a terrific average of 17.87, and at the cost of an unreal 5.95 runs per over. Sandeep has bowled with tremendous control with the new ball, and has frequently struck at least once in his opening spell. More importantly, he has worked extremely hard bowling at the death. He possesses the ability to bowl a pinpoint yorker that even a batsman of the calibre of MS Dhoni was unable to pick for runs in the 20th over of the innings.

Sandeep seems to have all the tricks of Praveen Kumar which made him a dangerous bowler at his peak. From the looks of it, Sandeep can swing the ball more than any other bowler in IPL 2015 and that is saying a lot considering that Trent Boult, Bhuvneshwar Kumar, Dale Steyn, Mitchell Starc, and Ashish Nehra are all extracting some serious swing.

Sandeep looks like an extremely interesting prospect. He is still young, but has all the makings for a future Indian player. If he can keep up his performances there is a good change that Sandeep will turn out in Indian colours in the near future. 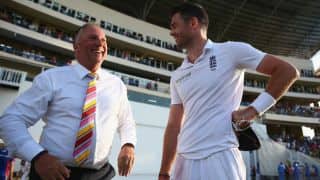