Sanju Samson: One of the pillars of India A's amazing triumph

Sanju Samson: One of the pillars of India A's amazing triumph

Samson played a vital role in India A’s consistent performances in the series.

The young guns of India A have pulled off yet another monumental victory in their unofficial tour to Australia.  They beat Australia A in the final at Darwin to clinch the Quadrangular One-Day series on Saturday. This was also their sixth victory on the trot. An all-round performance throughout the series helped them to seal the amazing triumph. The Indians need to be showered with accolades for this tremendous victory. One of the pillars for the victory was 19-year-old Sanju Samson. Rajarshi Majumdar further analyses Samson’s crucial role in this series.

In this series, Samson was not out thrice in four run chases; his roles in all these innings were optimized accordingly. He began his career as an opening batsman, but eventually because if his solid composure he was shifted to handle the No.3 position which is anytime crucial in any formats of this game. He is naturally an attacking batsman but the way he remodelled himself in this particular series was simply incredible.  He anchored every single innings and led India A to victory. There were few instances where he failed but his associates did not let his effort go in vain.

Surprisingly, throughout this series he batted at No. 6 — certainly not his usual position. He invariably rose to the occasion in the circumstances of the top order failing to reach the expected standards expected of them: he assumed the role of the captain of a sinking ship and led the team over the line.

His 55 from 80 balls against National Performance Squad (NPS) and 49 not out from 51 balls against Australia A were two of the most crucial innings he played in this series. Here is a look at how he was a “True Haddock” to the India A

Samson  had earned the tag of “the wonder-kid” in Indian Premier League (IPL) in 2013. He was the youngest player to score a half-century in IPL and Champions League Twenty20 (CLT20). In the same year he was also adjudged the Best Young Player of the Season. He was also the highest run-getter for Kerala with 530 runs and maintained an average of 58.88 in 2013-14 Ranji season. His consistency with the bat got him a place in the India Under-19 squad and eventually named the vice-captain. In IPL 2014, he seemed to have answered Rajasthan Royals’ middle-order problems. He played 13 matches and managed to score 339 runs with a strike rate of 124.17 with two half-centuries.

With such credentials, he was expected to deliver in the tournament — but the question remains: would he continue with his form in alien conditions? He proved his fans right by scoring 244 runs in seven matches with an average of 81.33. 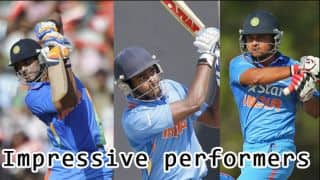 Positives for India A from the Quadrangular One-Day series 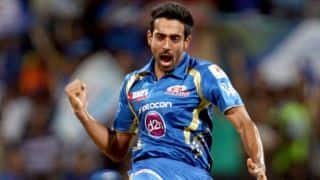 Dhawal Kulkarni: Are the Indian selectors taking note of him?