Saqlain was named Wisden Cricketer of the Year in 2000.

1. Not quite a bunny with the bat

Unlike most Pakistani spinners, Saqlain knew how to wield his willow; no designated Pakistani spinner other than Abdul Qadir has scored more Test runs than Saqlain. But what is truly remarkable is that Saqlain has actually scored a Test hundred batting at No. 8! He scored an unbeaten 101 against New Zealand in Christchurch in 2001 in a high-scoring draw.

2. Waiter, there’s a wife in my cupboard…

During the Super Sixes stage of the the 1999 World Cup, the Pakistani management had ruled that the wives and girlfriends of the players should leave so that the players could focus on the game instead.

Saqlain who had recently married wanted to spend some quality time with his wife Sana ahead of the final against Australia. He asked his wife to check into the hotel they would be staying in a few days in advance. Unfortunately for Sana and Saqlain, due to a slew of visitors in his room and in order to avoid being pulled up by the officials Saqlain asked his wife to hide in a cupboard till the visitors left. However, once Mohammad Yousuf then Yousuf Youhana and Azhar Mahmood walked in, Saqlain felt sorry for his poor wife and revealed her to his shocked teammates!

Saqlain is widely regarded as being the man who invented the doosra. Saqlain’s doosra was particularly hard to read, and was his favourite wicket-taking option. He is proof that the doosra can be bowled legally. He was even called upon to rectify Saeed Ajmal’s bowling action after the latter was reported during Pakistan’s tour of Sri Lanka in 2014.

Saqlain told PakPassion that he taught himself the doosra. “It was a case of self teaching. I would experiment with table tennis balls, trying different spinning techniques. We would practice on the rooftops of our house until I had perfected the delivery. I then tried the same technique with a cricket ball with success.”

Saqlain has his own website, saqlainmushtaq.co.uk, through which he runs his academy called ‘Saqi, Cricket Academy,’ which is based in Leicestershire, UK. According to the website, “The Saqlain Mushtaq Cricket Academy aims to get children and young adults active, healthy and involved in the wonderful world of cricket. The objective of the academy is to provide international coaching at the grassroots level which in turn will produce match winning cricketers at club, county and district levels.”

Saqlain concedes that his international career was ended by Virender Sehwag’s epic 309 at Multan, which was his last international match for Pakistan. He would later refer to it as his “worst cricketing moment.”

Saqlain regards Richard Pybus as the best coach he worked under. In an interview with PakPassion, he called him, “Very intelligent” and someone whose “knowledge of the game was exceptional.”

Saqlain regards the Chennai Test against India in 1999 as his greatest moment. He took 10 wickets in the match including second-innings centurion Tendulkar twice in a match where Pakistan snatched a 12-run win.

Saqlain joined the Indian Cricket League (ICL) playing for Lahore Badshahs in 2008 in a team comprising of such eclectic cricketers as Inzamam-ul-Haq, Mohammad Yousuf, Imran Nazir, Ian Harvey, Imran Farhat, Hemang Badani, and Russell Arnold! The team were runners-up in 2008, and champions in 2008-09.

He was registered for the IPL player auctions in 2010, but went unsold. It would be the only time he tried for an IPL berth.

Saqlain was named Wisden Cricketer of the Year in 2000.

10. Careers with Ireland and West Indies

After his international career with Pakistan, Mushtaq played List A cricket for Ireland in 2006 and took to coaching after his playing days to become the West Indies spin coach. 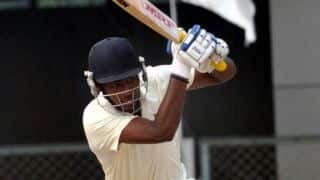