Sarfaraz Khan played a blinder against Rajasthan Royals (RR) in the rain-abandoned Indian Premier League (IPL) 2015 match. In doing so, he provided a glimpse at the obvious potential he possesses. He joins Shreyas Iyer and Deepak Hooda as young Indian players who have caught the eye in IPL 2015 so far. Shiamak Unwalla is optimistic that the future of Indian cricket is in good hands. IPL 2015 Highest run-scorer: List of best batsmen in IPL 8

Sarfaraz Khan had shown some promise in his very first IPL match. Coming in at No. 6, he scored only 11 off seven balls, but those were the most attractive 11 runs a 17-year-old could have scored. He tried to play a fancy paddle off his first ball and missed. He didn’t let that affect him, and proceeded to score off each of his next five deliveries. He hit Ravindra Jadeja for six inside out over covers, and was out sweeping two balls later. The sweep was timed a little too well, and carried to the fielder at the boundary. IPL 2015 Highest wicket-taker: List of best bowlers in IPL 8

It was an attractive and promising innings; one that ended far too soon. Sarfaraz did not need to bat in the next two games, but once again came in at No. 6 in RCB’s last match against RR. This time, he played one of the more outrageous innings we have seen this year. He went inside out over covers for six; he swivel-pulled for four repeatedly; he even played a reverse sweep off the back of the bat once. Sarfaraz was unbeaten on 45 off 21 balls with six fours and a six by the end of the innings. Even Virat Kohli bowed down to the young man as he made his way back to the dug-out. When Virat Kohli bowed to Sarfaraz Khan with respect

Sarfaraz is not the only young Indian batsman to have shown tremendous potential so far in IPL 2015. Shreyas Iyer, opening batting for Delhi Daredevils (DD), and Deepak Hooda, playing the role of middle-order hitter for Rajasthan Royals (RR) have also done well.

Shreyas has shown that he can play all around the park, and that he has no qualms of taking on either pace or spin. Hooda, meanwhile, has made mincemeat out of the bowlers, and currently enjoys the highest strike rate (208.92) among batsmen with over 100 runs in IPL 2015. IPL 2015 Most 6s and 4s: List of most dangerous batsmen in IPL 8

If these three young men are any indication of the kind of talent India has on offer, Sachin Tendulkar, VVS Laxman, Rahul Dravid, and Sourav Ganguly will breathe easy knowing their legacy will be carried forward by the coming generation. It is, of course, far too early to tell whether these three batsmen will indeed go on to shine for India, but if they can continue as they have begun, a lot can be expected in the years to come. Indian Premier League (IPL) 2015: Complete coverage 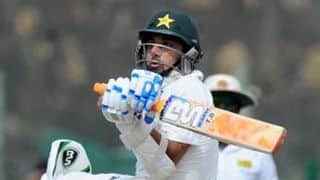 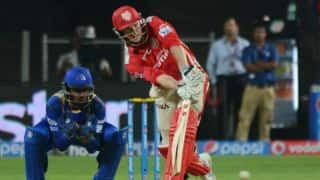