Scotland have depth in their batting, good all-rounders, and budding bowlers.

Scotland go into the ICC World Cup 2015 hoping to cause a few upsets. While it is likely that they might end their campaign without a single win yet again, they do possess a set of good players. Pramod Ananth has more about their 15-member squad.

Scotland will be playing their second World Cup this year after their debut in the 1999 World Cup. Scotland lost all its matches in the group stage in that edition, and will hope to get off the mark this time around.

The Scots will be led by Preston Mommsen, who was appointed the team’s captain in September 2014. He has one One-Day International (ODI) century to his name in 27 matches, but he plays a useful hand coming in at No. 4. The opening pair of Kyle Coetzer and Calum MacLeod will want to get their sides off to decent starts before the packed middle-order takes over. The 24 year-old Hamish Gardiner narrowly missed out on a well-deserved century against Afghanistan a few days ago. On the bright side, his last two innings of 89 and 96 have come at a time when his side needed it the most. Coming in at No. 3, he holds the key to ensure that his side gets off to a good start.

Other batsmen like Matt Machan, all-rounder Richie Berrington and wicket-keeper Matthew Cross add some stability to their batting. They ought to test other batsmen like Michael Leask and Alasdair Evans in the ongoing tri-series in United Arab Emirates (UAE) to get them ready ahead of the mega event.

In spite of having a bad day in the office against Afghanistan a few days ago, the Scottish bowlers can be deadly on their day. The opening pair of Josh Davey and Rob Taylor have taken 37 wickets between them in their short careers so far. They have the ability to make inroads into the opposition’s batting. Safyaan Sharif is ideally the first change bowler, and will have to bowl in tandem with the opening bowlers. Berrington and Coetzer too can bowl gentle medium pace, if required. Iain Wardlaw is another bright fast-bowling prospect in the side.  The only thing Scotland lack in their squad is a variety of spinners. 31-year-old off-spinner Majid Haq is the lone spinner in their 15-man squad. He has played 47 ODIs for Scotland and his experience will be key when Scotland go down under.

Scotland have depth in their batting, good all-rounders, and budding bowlers. Although there isn’t much scope for spin bowlers in Australia and New Zealand, they will come in handy when there is a need to get through the overs quickly without conceding many runs. Just picking one specialist spinner could hurt them eventually. They will be thoroughly tested by the likes of Australia, England, New Zealand, and Sri Lanka in the tournament. It’s asking a little too much to expect them to win against such established teams, but they are certainly well-equipped to give them a run for their money. 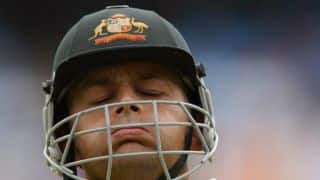