If ever the result of a Test match can be said to have been decided by a single ball, this was the occasion, wrote Don Bradman of Chuck Fleetwood-Smith's dismissal at Adelaide, 1936-37.

With the English batsmen proving clueless against the left-arm wrist spin of Kuldeep Yadav, Arunabha Sengupta documents the past and present exponents of the art of the chinaman (oops, left-arm wrist spin) in international cricket. In this episode he covers the eccentric Australian practitioner Chuck Fleetwood-Smith.

The dismissal of Wally Hammond in the Adelaide Test of 1936-37 turned the series on its head. It also went down, in many opinions, including the important one of Bill O Reilly, as the best delivery ever bowled in competitive cricket.

The Gloucestershire maestro was drawn out by the flight. The ball drifted away in the air, landed on the turf and zoomed back through the bat and pad to rattle the stumps. Fleetwood-Smith ended with 6 for 110, making it 10 for the match.

It was sweet revenge for someone who had been on the wrong end of Hammond s bat four years earlier, when under instructions from Douglas Jardine, the great English batsman had hit the rookie chinaman bowler out of the attack.

In Farewell to Cricket, Don Bradman wrote: If ever the result of a Test match can be said to have been decided by a single ball, this was the occasion.

Bradman also observed about some wickets: If Fleetwood-Smith could not turn the ball, no one could. The left-arm wrist-spinner could turn the cricket ball on glass.

However, this excellent exponent of Chinaman bowling was an eccentric to the core. And his Test career ended with a disappointingly high average of 37.38 for his 42 wickets. He lacked the discipline and seriousness to make it big with his talent.

Of his talent O Reilly said that had he himself been so gifted, he would have dismissed a team of 11 Bradmans single-handedly. He spun the ball prodigiously, and it travelled with an audible buzz towards the batsman. His wrists and fingers had been conditioned by squeezing a squash ball for years, and imparted massive torque on the ball. After a five-pace run-up to the wicket, every ball would be delivered with identical action, but could turn either way or come through as a top-spinner. A subtle signal to the wicketkeeper indicated which type of ball was on its way.

At the same time, he grew into one of the most erratic of bowlers. Devastating, but maddeningly inconsistent. And then there was the barmy side to him.

During Tests he would stand in the field with his back to the action, chatting with spectators. Sometimes he would whistle or break into a song. Or make curiously bird-like sounds. An ardent supporter of the Port Melbourne Football Club, he would sometimes cheer his team in some imaginary match dreamed up in his head. In crunch situations, he could be seen standing near the boundary, practicing his golf swing or, even more bizarrely, imitating magpies or kookaburras. Sometimes he would try his hand at catching imaginary butterflies.

He was one of the worst batsmen ever, and proudly so. His famed boast was If you can t become the best batsman of the world, you might as well be the worst. He followed the maxim right through his career.

His fielding was not much better. And no amount of persuasion could convince him to work on either.

His eccentricities did not stop in the field. He was also prone to misguiding journalists by giving his birth year as 1910 instead of the actual 1908, and once started the rumour that he became a left-arm bowler after breaking his right arm.

Yet, in spite of failing to fulfil his potential in Test cricket, Fleetwood-Smith s numbers in First-Class cricket were impressive. He averaged 22.64 for his 594 wickets. His strike rate of 44.5 was considerably better than Grimmett s 51.57 and O Reilly s 47.8. However, the main differentiator was perhaps the economy rate where his 3.07 runs per over was almost criminally expensive compared to Grimmett s 2.59 and O Reilly s 2.06.

But, off the field, he had too many problems. With good looks akin to Clark Gable, the Fleetwood-Smith was always wading knee-deep in extramarital affairs, which hastened a divorce and alienation from his own family. Later, he had problems with alcohol, which resulted in the end of his second marriage.

He spent his last years as a homeless vagrant in the streets of Melbourne, sleeping a few hundred metres from the stadium where he had once performed several of his magical deeds. He was arrested for vagrancy and theft, and the shocked Australian cricketing fraternity rallied around to help. However, he died shortly after that. 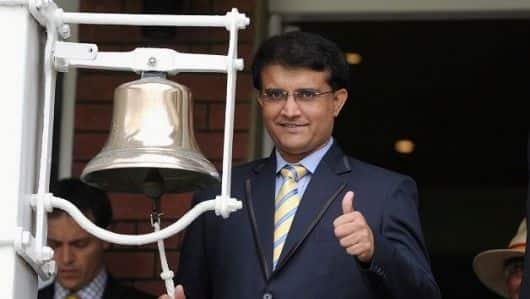