With the English batsmen proving clueless against the left-arm wrist spin of Kuldeep Yadav, Arunabha Sengupta documents the past and present exponents of the art of the Chinaman (oops, left-arm wrist spin) in international cricket. In this episode he covers Johnny Wardle, the orthodox left-arm spinner who sometimes switched to back of the hand deliveries.

Johnny Wardle was perhaps the most innovative left-arm spinner to bowl for England.

Starting his career and playing most of his cricket as an orthodox left-arm spinner, he could propel them out from the back of his hand as well. His Chinaman was good enough to flummox the best. Yet, most often he stuck to the orthodox slow left-arm stuff preferred by Yorkshire and England. Either way, he did a fabulous job.

Yet, his unfortunate career coincided with that of the more aggressive, and the more frequently favoured, left-arm spinner Tony Lock. It did not suit him well that England s No. 1 spinner of that era, Jim Laker, accepted Lock as his spin-twin, and bowled in tandem with him for Surrey.

Besides, there were plenty of other ways that Wardle pissed the authorities and ended up playing way fewer Tests than he should have. That included ghosted articles in the papers which criticised the management in no uncertain terms.

Wardle dared to bowl Chinaman in an era when left-arm spinners were supposed to tweak them with their fingers.

First he did so in Australia 1954-55, knowing fully well that the wickets of the landwere notoriously unhelpful to finger-spinners. He fine-tuned the style on the deck of the Orsova during the long voyage from England.

Later, at Durban in 1957, when England needed a victory to clinch the series in the third Test match, captain Peter May asked him to bowl orthodox left-arm spin. Wardle rebelled and bowled the dangerous Roy Mclean with a deceptive googly that came out from the back of his hand. When he informed May how he had got his man, the captain sternly repeated his instruction.

Wardle s career was limited to 28 Tests for England. For Yorkshire, he was a giant, forming a terrifying troika with Fred Trueman and Bob Appleyard.

At the international level, in spite of the few opportunities, he demonstrated what he could achieve given a long run. His career haul of 102 wickets in 28 Tests at 20.39 stands out as both extraordinary and incredulous. More than underlining his claims as one of the greats of slow bowling, it emphasises the curious selection policies of England in the 1950s.

Among all the bowlers to have captured 100 or more wickets in Tests, only six have a lower average than Wardle. All those six played before the First World War, when wickets were unpredictable and batting much more of a game of chance.

And when it comes to consistent showing at home and abroad, Wardle stands quite some distance above the other great spinners of his land, including Jim Laker, Tony Lock, Hedley Verity, Derek Underwood and Graeme Swann.

Only three bowlers with over hundred wickets ended with a better economy rate.

Wardle was often a joker on the field, but he played hard and did not give an inch. 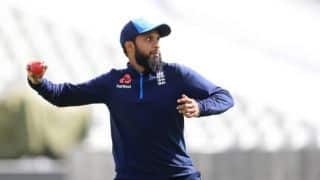 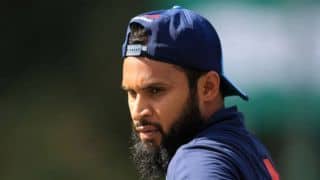