Shahbaz Nadeem: If MS Dhoni was not skipper, I would talk to him about my India selection

Shahbaz Nadeem: If MS Dhoni was not skipper, I would talk to him about my India selection

Nadeem has a total of 71 wickets across formats in domestic circuit this season so far.

“Had MS Dhoni not been the Indian skipper and just a player, I would have discussed with him regarding my selection for the national team,” a disappointed but still confident Shahbaz Nadeem said. Nadeem, who has a total of 71 wickets across formats in the ongoing domestic season, was ignored for the upcoming three-match Twenty20 International (T20I) series against Sri Lanka at home. When the 15-man squad was announced on Monday, Pawan Negi was selected ahead of Nadeem. This series will more or less help the selectors choose the side for the Asia Cup and the upcoming ICC World T20 in March. READ: India vs Sri Lanka T20I series 2015-16: India announce squad as Virat Kohli rested; Pawan Negi, Manish Pandey selected

Nadeem plays along with Dhoni for the Jharkhand in the domestic level. It is a known fact that Dhoni has a huge hand in the selection of the East Zone players. However, Nadeem had no complaints regarding the Indian limited-overs skipper. “Dhoni-bhai has always been supportive. We recently played together for Jharkhand in the Vijay Hazare Trophy,” he said.

When asked if he shared a good relationship with Dhoni and if he has spoken to him regarding the India call, Nadeem said, “It is just not in my nature. Had he not been the skipper, I could at least go discuss, but I still believe I can make it with my consistent performances for my state.”
On the other hand, Negi, who has next 3 First-Class and 19 List A matches over a four-year span, is a batting all-rounder and probably that did the job for him.

Nadeem, who will once again be seen in action soon with the quarter-final of Ranji Trophy 2015-16 a couple of days away, said, “I’m really happy for Negi. He has been performing well and a side does need an all-rounder. See, different tournaments need different players. I still have hope. I will continue to give my best until I get that national call.”

“I have a total of 70-71 wickets in Ranji Trophy, Vijay Hazare and Syed Mushtaq Ali together and I don’t remember a player last bagging these many wickets in one season together in all three formats. No player comes into cricket only to play until the domestic level. Every player has the goal of playing for his country one day and it’s the same with me,” the Jharkhand spinner said.

He went on to add: “We give our everything in First-Class cricket only in a hope that those good results will impress the selectors. And when we are acknowledged with the national call, it will only give us the satisfaction and happiness which one cannot compare with anything.”
Before signing off, Nadeem even admitted that the day he realises he will never play for India, he will give up cricket. “Nobody chooses a cricketing career just to play till the domestic level: the goal is to play for India!” 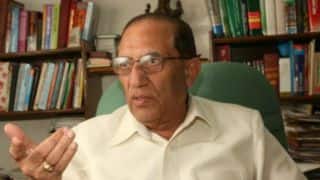