Shahbaz Nadeem to finish Ranji Trophy 2015-16’s highest wicket-taker: Will he now get a India call?

Shahbaz Nadeem to finish Ranji Trophy 2015-16’s highest wicket-taker: Will he now get a India call?

Shahbaz Nadeem will finish as the highest wicket-taker of the ongoing Ranji Trophy 2015-16, with 51 wickets from nine matches.

A cricketer who has been playing First-Class cricket for more than a decade now, Shahbaz Nadeem will finish as the highest wicket-taker of the ongoing Ranji Trophy 2015-16, if the likes of Ravindra Jadeja and Jaydev Unadkat do not come up with fantastic spells bagging 13-14 wickets in the final. Nadeem, who plays for Jharkand currently has 51 wickets from nine matches, while Jadeja and Unakdat have 38 and 36 wickets respectively with a match to go. With tournaments such as  Irani Trophy 2015-16 and Indian Premier League (IPL) 2016 coming up, Nadeem aims to bag a spot in the Indian squad for the series just after the IPL. India will either play Zimbabwe or Bangladesh in June.

“Although I might finish as the highest wicket-taker of Ranji Trophy this season, I’m still no assured of a selection for the Irani Trophy 2015-16. It is purely the selectors’ call, but since I have performed well across formats, I am hopeful of my selection,” Nadeem who has a total of 74 wickets including Ranji Trophy (51), Vijay Hazare (13) and Syed Mustaq Ali Trophy (10) said. READ: Shahbaz Nadeem: If MS Dhoni was not skipper, I would talk to him about my India selection

Naddem has suggested that the national team’s selections after IPL takes place on the basis of the players’ performance in the T20 league, thereby forgetting their numbers in the domestic circuit for the past year. “I’m not saying what selectors do is wrong. But it should be considered that for Ranji Trophy, Vijay Hazare and Syed Mustaq Ali Trophy, we work hard the entire year so choosing the squad just based on the IPL and completing ignoring the domestic performances is just not fair,” he said.

However, with Ravindra Jadeja and Ravichandran Ashwin prospering in game after game across formats for India, spinners like Nadeem have to wait until the time that golden opportunity to play for India comes knocking in. Only a drop in form or a unforeseen injury to these regular players can help Nadeem fulfill his dream. “Nobody chooses a cricketing career just to play till the domestic level: the goal is to play for India,” Nadeem had earlier said before adding he would leave cricket the day he realizes the dream of playing in the blue jersey will never come true.

The big tournament next in line is the ninth edition of IPL. Delhi Daredevils, who have retained Nadeem will hope to perform better this season and hope his team finishes better and not at the bottom of the table, for a change! By sacking Gary Kirsten as their head coach and appointing Rahul Dravid as their mentor, Daredevils have already announce that they mean serious business this time. The spinner, who is excited to work under Dravid, revealed that Delhi have been discussing about assigning the role of the head coach as well.

The success that Dravid brought to Rajasthan Royals as a player and later the coach is not hidden despite being a stronger Test player and not an attacking player. “Everyone knows Dravid sir is one of the best finds for Indian cricket. The best part about him is his trust in domestic players. If he becomes the coach, we might see a different Delhi this year,” Naddem suggested. READ: Dear Rahul Dravid, you don’t need a World Cup!

India has a huge list of players who were considered Ranji Trophy legends but were unlucky as they never received that one chance to play for India. Rajinder Goel, Padmakar Shivalkar, Bhaskar Pillai and Devendra Bundela are few of those ill-fated ones, who managed the tag of just domestic cricket to their CV and not everyone are as spirited as Bundela who still plays for Madya Pradesh and kind you, he is one of their key batsmen even at the age of 38. It will be sad to recall that Nadeem remained only a player who just played for Jharkand! 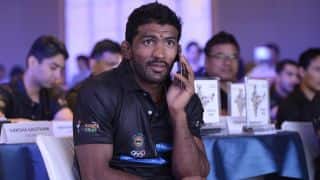 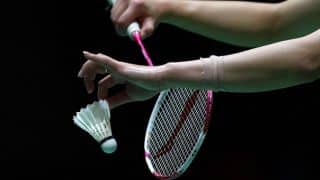