Both Shakib and Tamim have a chance to become the first Bangladeshi to scored 4,000 ODI runs.

Shakib-Al-Hasan and Tamim Iqbal, two top order batsmen of Bangladesh, will look to target a nice little milestone, when they will take on Zimbabwe for the fifth and final match of the ongoing One-day International (ODI) series. Both will have a chance to become the first Bangladeshi batsman to scored 4,000 ODI runs. Shakib is currently on 3977 runs and he needs only 23 more to achieve this feat. Whereas Tamim is on 3961, and he is just 39 runs away from the milestone. Being an opener Tamim will be favourite to reach there earlier.

Both Shakib and Tamim are comfortable ahead in the list of top run scorers for Bangladesh. Third on the list is former captain, Mohammed Ashraful (3468), followed by Mushfiqur Rahim (3142) on the fourth position. In terms of batting average in ODIs, Shakib has upper the hand form other with an impressive average of 34.88.

Here is the list of top five run scorers for Bangladesh in ODIs:

Apart from this record Shakib is also nearing another feat. If he scores 23 runs and reaches the 4,000 runs in the next game or in near future, he will be 12th cricketer in the history of ODI cricket to do so. 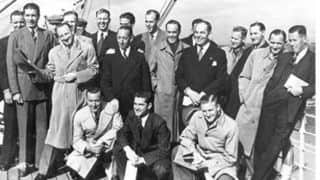