The weakest side on paper in IPL 2008, lifted the title by beating CSK.

On June 1, 2008, Shane Warne s Rajasthan Royals did the ultimate. The weakest side on paper at the inaugural Indian Premier League (IPL), lifted the title by beating the Chennai Super Kings in Mumbai. Nishad Pai Vaidya revisits that fairytale finish.

The word fairytale is at times overused to narrate a compelling story of triumph. However, Rajasthan Royals victory at the inaugural Indian Premier League (IPL) in 2008 was one in every sense. The big corporates entered the cricket field and stacked their rosters with international heavyweights. Rajasthan were behind on that count as they didn t have too many stars in their line-up. Nevertheless, they had the leadership of the legendary Shane Warne and the presence of Shane Watson and Graeme Smith.

Right through the tournament, Warne led the side admirably and transformed the weakest side on paper into a winning unit. The young and unknown players such as Swapnil Asnodkar, Ravindra Jadeja and Yusuf Pathan blossomed under his captaincy. Smith and Watson also played a major role with great performances. Sohail Tanvir also came to the party with his unorthodox bowling action. With all these players going for them, their progress to the finals was a natural conclusion.

Up against Rajasthan were the formidable Chennai Super Kings a side led by a man who was gradually building a reputation as a captain. Mahendra Singh Dhoni had won India the ICC World T20 the previous year and was eying a title triumph for Chennai. But, the larger public supported Rajasthan. Their story had tugged the heart as the rookies rose to the occasionin company of the stalwarts. Since the IPL was in its first season, the teams hadn t built a loyal fan base and it was pure entertainment for the aficionados.

The final was played at the Dr DY Patil Stadium in Navi Mumbai a neutral territory for both sides. Fans flocked to the ground and the fervour was evident. Warne won the toss and chose to field first in the high pressure game. Normally, captains like to put the runs on the board in such games. But, Warne s army had challenged notions throughout the tournament and had the confidence to back any decision taken by their leader.

It was evident that the two best sides of the competition were in the finals. Both sides fought tooth and nail for control over proceedings. Chennai started off well, but Rajasthan would hit back by picking wickets not letting them run away with the game. Parthiv Patel had taken Chennai off to a decent start and Suresh Raina was building on it. Raina s innings at No 3 was most crucial as he absorbed the pressure and scored at a good rate.

Rajasthan did the damage at the other end as they stemmed the threats posed by the big hitting Albie Morkel and Parthiv. Pathan was the wrecker in chief with his fastish off-spinners. He had accounted for both the openers (Patel and Vidyut Sivaramakrishnan) and Morkel. Dhoni came to the crease and essayed a typically calm innings. His well-timed burst took Chennai to 163 in 20 overs. Mission accomplished they would have said given the fact that they had put the runs on the board. However, the dangers of the Rajasthan challenge were looming large!

For the big game, Rajasthan missed the services of Smith. Warne didn t alter his strategy too much and backed Neeraj Patel and Asnodkar to come good as they opened the batting. N Patel was visibly under pressure and his struggle ended in the third over. At the other end, Asnodkar was unfazed and continued to essay strokes that had made him so popular. He fearlessly took on the bowling and kept pace with the asking rate.

Just when it looked like Rajasthan had built a base for their run-chase, Chennai hit back with double strikes. Asnodkar and Kamran Akmal were dismissed in the seventh over and they were suddenly 42 for three. In walked their biggest trump cards Pathan and Watson.

The 2008 season was a huge moment for both batsmen and they needed to put the icing on the cake. They started counter-attacking by striking boundaries every over. They ensured there was calm as they kept rotating the strike. Chennai dropped a chance as Raina failed to hold on to a catch offered by Pathan. He tried desperately to grab it, but couldn t complete the task. Was that going to cost them? It sure did!

To add insult to injury, Pathan took on Muttiah Muralitharan. This mauler from Baroda made the Sri Lankan legend look ordinary as he smashed two consecutive sixes in the 13th over to bring up Rajasthan s hundred. Rajasthan now needed 62 off 42, with their best bets in the middle.

True to their fighting spirit, Chennai hit back with the wicket of Watson. But, Pathan was in control. Now Lakshmipathy Balaji was hit for a maximum and a four. Muralitharan returned only to see Mohammad Kaif loft him out of the ground, with Pathan following suit. Under pressure, Pathan capitalised on those chances and brought up his half-century. The magician had to produce something special and he salvaged some pride by snapping Kaif. Rajasthan had lost half their side and needed 25 off 18. There were more twists to follow.

Things became more dramatic by the minute. Jadeja was dismissed without troubling the scorers and then Pathan was run-out courtesy a brilliant direct hit by Raina. It was now down to the captain to finish the job he started. Joining him in the centre was another success story of the season Tanvir.

Makhaya Ntini ran in to bowl the penultimate over with 18 to defend. He kept it tight and conceded only six off the first five balls. He got away with full-tosses and it looked like the pressure was getting to Rajasthan. But, Warne shrugged it off by smashing the last ball of the over through the covers for a four. They needed only eight off the final over.

Dhoni surveyed his field and put his men into perfect positions. Balaji was given the ball for the last over. In this pressure-cooker situation, he was calm and only gave two runs off the first three balls. With six needed off three, Chennai committed the ultimate folly. Balaji bowled it outside the tram-line and wicket-keeper Parthiv did not collect it cleanly. As a result the batsmen scampered for a single and the equation was now down to four from three.

Warne carved a single then and all eyes were on Tanvir. Balaji lost his composure and delivered a full-toss. Tanvir had no trouble in pushing it into the gap as they completed two. Rajasthan needed one run off the final delivery.

A thrilling season was down to the last ball. The two sides had matched each other for every move on the field and it was a just conclusion. As the bowler ran it, Warne set off on his own run-up at the non-strikers end. Tanvir held calm and just guided it on to the leg-side and Warne ran to the other end to complete the run. The fairytale had reached its happy ending!

It was a moment that would be remembered for ages. The IPL has been subject to numerous controversies in the seasons that followed, but this was a story of triumph over odds. That they got nominated for the Team-of-the-Year at the Laureus Sports Awards spoke volumes of their efforts. The tale had echoed across the world as a legend of the game had inspired something truly beautiful.

Player of the Tournament: Shane Watson

(Nishad Pai Vaidya is a Correspondent with cricketcountry.com and anchor for the site s YouTube Channel. His Twitter handle is @nishad_44) 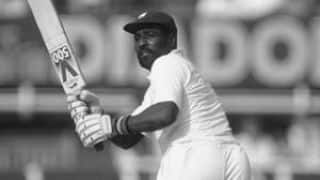