Yes it has been a long summer.  In fact it has been more than a marathon for the Australian cricket team. It has been more like an ultra-marathon and I am sure Cliff Young and Pat Farmer, two of Australia's greatest ultra-marathon runners, would be extremely proud of the team's efforts. Not only did the Commonwealth Bank (CB) tri-series draw to an end our Australian summer, but it also closed out a hectic schedule that started with the World Cup back in February. 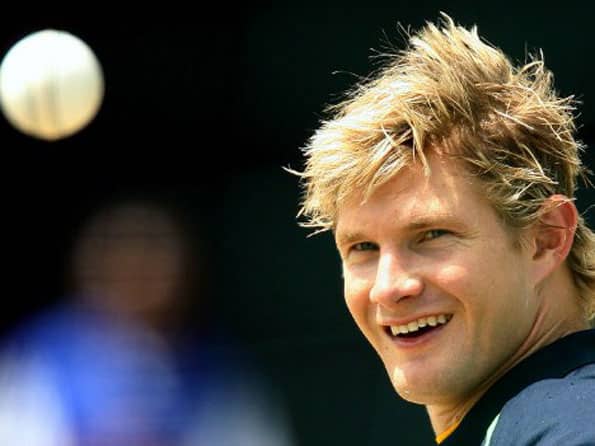 If the last few weeks are anything to go by, then Shane Watson (above) has the tools and the respect of his team mates to transform himself into a very good leader © AFP

Yes it has been a long summer.

In fact it has been more than a marathon for the Australian cricket team. It has been more like an ultra-marathon and I am sure Cliff Young and Pat Farmer, two of Australia’s greatest ultra-marathon runners, would be extremely proud of the team’s efforts. Not only did the Commonwealth Bank (CB) tri-series draw to an end our Australian summer, but it also closed out a hectic schedule that started with the World Cup back in February.

From there, the team toured Sri Lanka for seven weeks, South Africa for seven, followed four days later when the guys assembled in Brisbane to prepare for the first Test of the summer against New Zealand.

And, like a cheesy late night TV commercial, ‘but wait, there is more.’

We are now in the West Indies.  On Thursday night we won a memorable third final against the dogged Sri Lankans in Adelaide. Two days later and 32 hours of traveling time through Sydney, Los Angeles, Miami and Barbados, we were having a beautifully deserved day off in St Vincent.

The other night I sent a post via Facebook whilst on the plane from Los Angeles to Miami. This in itself was quite cool because wireless internet on the plane was a new phenomenon for all of us.

Amidst my subtle whinging about the length of the trip and the pounding feeling behind my tired eyes, I was inundated with replies along the lines that, despite my fatigue, there are many people who would happily trade places with me, any day of the week.

At the time, the lethargy and stiffness caused me to offer my place up gladly, but now, after a very long, jet lagged induced sleep, my friends sentiments’ make a lot more sense. The sand in St Vincent is magnificently white, the water refreshingly crisp and the air, fresh and clean. While eating my breakfast of fresh bananas, pineapples and blueberries, with the ocean as the back drop, the pain of the last two days has quickly slipped away.

When the usual business of preparing for international cricket begins, the competitive juices will ensure this West Indies tour is another memorable one.

Many lessons have been learned over the last six weeks. And, it is no wonder the tri-series was so tightly fought.

India are the current world champions, having won the 2011 World Cup, Sri Lanka were the finalists in the same tournament and Australia are currently the No -ranked ODI team in the world.

With such talent and experience on display, that series was an incredible opportunity for our relatively young squad. Players like Davie Warner, Peter Forrest, Dan Christian, Matthew Wade, James Pattinson, Xavier Doherty and Nathan Lyon would have taken invaluable experience from the last eleven ODIs.

With Michael Clarke battling back and hamstring issues, the opportunity for Shane Watson to expand on his captaincy experience was another outstanding opportunity. To his credit, he handled himself admirably under pressure and we are looking forward to watching his progress as he takes on the captaincy at the start of this West Indian tour.

With little captaincy experience, Shane has been thrown in at the deep end, but if the last few weeks are anything to go by then he has the tools and the respect of his team mates to transform himself into a very good leader.

Clarke and Ricky Ponting’s absence from this leg of the tour will ensure he and his other more senior players have to step up and lead this charge.

The West Indies may not be the international force of yesteryear but it is apparent they are becoming a more professional unit.  Their training camp of the last few weeks should have them fit and hungry, but we are relying on our match hardness as our competitive advantage here.

In the bigger picture, this tour provides us with more opportunity to provide our squad with valuable game time. The Australian selectors have shown their cards by omitting superstar Ponting during the summer. They are keeping an eye on developing the new breed of players who might play a part in the next World Cup.

While the tri-series uncovered a few answers to the future, every game, every series from here until the 2015 World Cup will be a part of the problem solving puzzle of where our next leaders and our next stars are coming from.

When leaving out someone like Ponting there has to be a strong reason and there can be no stronger motivation than giving other players a chance to fill his oversized shoes as a player and leader within this group.

Our motivation is stronger than ever to keep moving forward in our quest for international dominance in all forms of the game.

Since last year’s Ashes the signs have been promising and the results excellent, but we won’t rest until the job is properly done and we earn back some of the ground and respect we may have lost when England trounced us last summer.