Shaun Tait, born on February 22, 1983, showcased burgeoning promise early in his career. But over the years has struggled for consistency and has been let down by injuries. Bharath Ramaraj looks back at his career.

When a 19-year old Shaun Tait waltzed through his follow through and with a slingy action hurled the ball at a heart-chilling pace on a spicy Gabba track at Queensland batsmen in 2002-03, it was crystal clear that he had unquenchable desire and self belief to bowl fast. He went onto take three wickets in a short burst in the first innings of the match to raise hopes that he can be a pillar of shining brilliance for Australia, in the years to come.

Alas! A combination of serious injuries and his tendency to bowl wayward stuff saw him drift away from the scene. He still showcased his wares with sparks of brilliance in the shorter forms of the game.

However, a lot more was expected from the pacer when he bulldozed batting line-ups with a threatening gait in Australia’s domestic circuit in both the 2002-03 and 2003-04 seasons. In fact, those days, Tait bowled with fire and brimstone to send seismic shocks into opposition camps.

By 2004, his meteoric rise to fame and venomous pace caught the eye of Durham County Club and he was signed by them. In his very first game for them against Somerset, he flailed hopelessly on a flat deck. Up against a side that boasted of his future captain Ricky Ponting playing for them, Tait bowled a mere 12 overs and was smashed all over the park. His figures read as 12 overs for 113 runs and he took no wickets in that game. To make it even worse for him, he bowled a slew of no balls and ended up bowling 21 of them.

In 2004-05, he was rewarded with a Cricket Australia (CA) contract. It was also the season when he touched stratospheric heights in Australian domestic cricket by taking 65 wickets at an average of 20.16. By taking as many wickets as he did, he surpassed Clarrie Grimmett’s record for highest number of scalps in a single season in Sheffield Shield. During that time, he also combined with Mitchell Johnson while playing games for Australia A to send shivers down the spine of batsmen.

Tait’s truckload of wickets in the Sheffield Shield helped him to make his debut in Ashes 2005 against England. In what turned out to be a see-saw Ashes series that enthralled the audience, Tait came into the setup largely because of the loss of form to key bowlers. In his first Test match at Trent Bridge, he snared three wickets but was also very expensive. He still would fondly remember his first wicket that he took off Marcus Trescothick. It swung a wee bit in the air and shattered the stumps of the left-handed opening batsman. He did play in the final Test of the series at The Oval, but that game is reminisced by everyone for England winning back the Ashes after 19 long years.

By the time Australia embarked on a trip to the Caribbean to play in the ICC World Cup 2007, Tait was known more as a specialist in the abridged version of the game. With Brett Lee not being included in the squad due to injury, Tait was expected to don the role of the battering ram in the side. He repaid the selectors faith by taking a stackful of wickets in the tournament. He took 23 wickets at 20.3 in the World Cup.

One of his better spells in that tournament came in the semi-final against South Africa. He took the key wickets of AB de Villiers and Herschelle Gibbs, before cleaning up the tail in quick time. Playing with what seemed like jangling nerves, the South African batsmen threw away some of their wickets on a platter, but credit has to go to Tait for denting South Africa’s top-order. Those deliveries were cannoning across a flat deck at the speed of red-lightning.

Unfortunately, Tait never became the primal force of Australia’s pace attack. He was selected to play in the WACA Test against India in 2007-08. On a track that had nice carry for quick bowlers to make their presence felt, Tait flopped miserably. He didn’t even bowl quick in that game. Later, he revealed that he was suffering from “mental and physical exhaustion” and took an indefinite break from the game.

Since his return from that break, he has largely played the shorter forms of the game. He even quit playing First-Class cricket for South Australia in the 2008-09 season. With another World Cup around the corner in 2011, Tait was still expected to soar to great heights. However, he found life difficult on sub-continental wickets and struggled to make an impact. The last time he played for Australia was in the quarter-final of the World Cup game against India at Ahmedabad.

Nowadays, Tait has become a Twenty20 specialist. From Rajasthan Royals to Melbourne Renegades to Adelaide Strikers to Essex to Glamorgan to Mid West Rhinos, he has represented a host of teams. Franchises have been tempted to buy him, largely because of his ability to bowl thunderbolts. He even recently played in the Big Bash League (BBL) for Adelaide Strikers.

Tait, over the years has come in for heavy criticism from former cricketers for quitting Test cricket and travelling around the world to play in various T20 leagues. But it has to be said that to bowl fast isn’t an easy job and a quick bowler is bound to get injured on many occasions. It has led to Tait taking the route of plying his trade in T20s.

The mouth watering prospect of watching him bowl with current Australian spearhead Johnson has rarely happened. But in his brief career for Australia, Tait had his moments in the sun and on many occasions, his scorching pace left batsmen quivering for cover. In many ways, one can describe him as a quick bowler who was sometimes the darling of the cricketing fraternity and sometimes the villain. 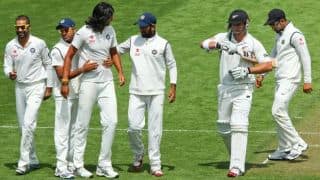 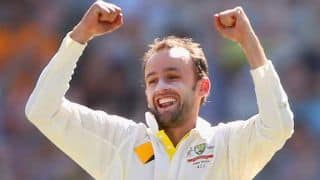