Born, November 1, 1970, Sherwin Legacy Campbell is a former swashbuckling batsman of West Indies who on his day had the ability to rip the opposition bowling single-handedly but due to his inconsistent batting, he probably never lived up to his full strength. On his birthday,Abhishek Kumar looks at nine interesting things about him.

1.  Coached by father: The credit for Campbell being a cricketer goes to his father who encouraged and coached him from his childhood. His father — Lester is known to be cricket maniac and was a fast bowler from Barbados.

2.  Inspiration: Every young boy has an inspiration that he follows till the time he achieves his goal and after that too. Campbell was very much inspired by former West Indian legend Gordon Greenidge and Desmond Haynes. Not a surprise that he became an opener.

3.  Steady Tests debut: Campbell got his first Tests cap in February 1995, while playing against New Zealand at Christchurch. Opening with Stuart Williams, Campbell scored a composed 51 runs at the top.

4.  The first run out controversy: During the seventh One-Day International (ODI) between West Indies and Australia at Bridgetown, the game was halted when local boy Campbell was run out.

Off the last ball of 29th over, Brendon Julian collided with Campbell in the middle of the pitch. Campbell crashed with Julian and fell on the ground and was given out after Michael Bevan took the bails off from the stumps during the course. The umpire gave this decision out which led to an ugly scene. The spectators threw bottles on the field and booed the Australians. The crowd chanted, “We Want Campbell”. Later, match referee Raman Subba Row had a meeting with the umpires, local officials and the Australian captain Steve Waugh as well. Waugh wanted the match to be continued and asked Campbell to return and resume his innings. Campbell scored 62.

5.  The second run out controversy: On February 2, 2001, during the 11th ODI between West Indies and Zimbabwe, Campbell once again was involved in a run out in a similar fashion and this time Heath Streak came in his way. Since there was no home crowd to throw bottles or to boo the opponents, Campbell had to leave the field as the umpires gave him out.

6.  New Zealand basher in Tests: In his seven year career in Tests, Campbell represented West Indies in 52 Tests and scored 2882 runs at 32.38. However he enjoyed a good run against the Kiwis. Against New Zealand, he has scored a total of 598 at 66.44.

9.  Fired over WhatsApp message: In May 2015, Campbell was sacked as the coach of West Indies Women’s team after his controversial WhatsApp message to a senior member of the team in which another senior player was the subject of discussion. Vasbert Drakes replaced him as the coach. 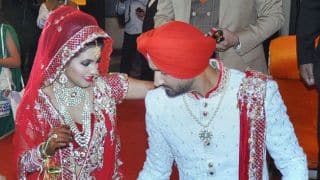 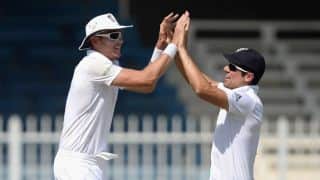