Chanderpaul was stumped for the first time after 266 Test innings.

After a hard-fought series between hosts West Indies and New Zealand, the visitors emerged victorious, taking the series 2-1. Shiamak Unwalla and Bharath Seervi look at the record that was broken by Shivnarine Chanderpaul during the third Test at Barbados.

West Indies may have lost the third Test against New Zealand, and with it the series, but Shivnarine Chanderpaul managed to enter the record books by being dismissed via a stumping, thereby smashing Graeme Smith’s record for most number of Test innings played before being stumped.

The veteran Guyanese batsman was stumped by wicketkeeper BJ Watling off the bowling of Mark Craig. This made it the first time in over 20 years of his Test career that Chanderpaul was stumped. This was Chanderpaul’s first dismissal of this sort in the 156 Tests and 266 innings in which he has batted. Below is a list of the 10 batsmen who batted for the most number of innings before being stumped:

What is remarkable is that the two batsmen who top the charts — Chanderpaul and Smith — are both men whose techniques should not have allowed for such a supreme ability to play spin. In most cases, stumpings occur only off the bowling of spinners (or Rajat Bhatia-like bowlers). Chanderpaul’s opened-up leg-side facing stance is famous, as was Smith’s characteristic high back-lift and stiff elbow. Neither batsman should have succeeded against spin given these almost absurd stances, but the fact that they were stumped so late in their careers says a lot about their ability to read the flight of the spin bowling they faced.

As things stand, the record for the most innings without being dismissed stumped in the entire Test career of a batsman rests with Sri Lankan wizard Mahela Jayawardene (244). However, as he is a current player, there are still chances that he might get out via a stumping before he retires. Nasser Hussain (171) and Saleem Malik (154) — both of whom have retired — are the next two batsmen on the list. It is tough to see Jayawardene bat in another 22 innings, so Chanderpaul’s record could well be safe for the conceivable future. 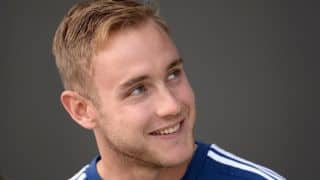 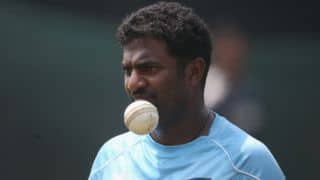