Should Sachin Tendulkar take a cue from Ricky Ponting?

Should Sachin Tendulkar take a cue from Ricky Ponting?

Sachin Tendulkar has been going through arguably the worst phase of his career, with his last 10 innings producing just 153 runs at a measly average of 15.3, the lowest by a top-order Indian batsman during the period. 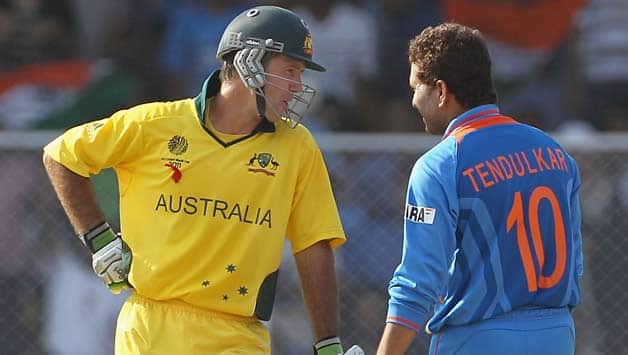 Sachin Tendulkar’s scores in the first two Tests in the ongoing India-England series, which read a miserable 13, 8, and 8, have reanimated the nationwide debate whether it is time for him to retire. Tendulkar has been going through arguably the worst phase of his career, with his last 10 innings producing just 153 runs at a measly average of 15.3, the lowest by a top-order Indian batsman during the period. Tendulkar’s last three-figure score in Tests came way back in January 2011 against South Africa.

“Either selectors should speak to him or Sachin should himself have a word with them. The problem is that Sachin does not speak about it openly and the selectors have also been mum about it till now. This results in confusion amongst the fans and also invites criticism from everyone, especially when Sachin performs badly. Selectors should talk to him openly. He is a hero and one feels really bad to see fingers being pointed at him,” observed former India captain Kapil Dev with his characteristic candor.

And Kapil should know, for he had gone through a similar slump in form towards the fag end of his career. In February 1992, Kapil became the second bowler in the history of the game to break the 400-wicket barrier in Test cricket when he took Mark Taylor’s wicket in the fifth Test against Australia in Perth. Kapil, who scalped 25 wickets (second only to Australian McDermott’s tally of 31) in that five-match Test series, however, had to slug it out for more than two years to finally overtake Richard Hadlee’s record haul of 431 wickets, the highest by a bowler in Tests then. Diehard fans of Kapil, like this writer, still remember the mortification of seeing their idol struggle and inch his way to the record-equaling 431, which came on January 30, 1994, and finally the record-breaking 432 on February 8, 1994 when Sri Lankan Hashan Tillakaratne edged a catch to Sanjay Manjrekar at forward short leg in the third Test against Sri Lanka in Ahmedabad, which significantly was the only wicket claimed by Kapil in that Test.

After achieving the world record, Kapil would go on record to tell, in reply to a question how long he would play, “As long as I am fit and enjoy the game, and I can put 100 per cent into it.” Kapil would also add that he intended to try to reach at least 450 Test wickets before retiring. Mercifully, Kapil retired from Test cricket, a month later, on March 23, 1994, after adding two more wickets to his kitty, at 434, sparing us from the agony of having to watch him plod on un-heroically towards the 450-mark.

That brings us back to Tendulkar, who, thankfully, has no such target left to try and drag on. From the highest individual aggregate in Tests and ODIs to hundred 100s in international cricket to centuries against all Test-playing nations to whatnot — Tendulkar, the most capped player in the history of the game, is the proud possessor of an extensive list of records, of which aspiring cricketers’ dreams are made. Tendulkar is a legendary batsman who has scaled great cricketing heights which in all probability will remain unsurpassed. He will remain the cricketing benchmark of batting greatness as long as the game is played on the earth. What’s more, he has contributed immensely to his national, state, regional, and IPL sides, and has also earned millions playing cricket.

What all these add up to is, there is nothing left for Tendulkar to prove in international cricket. He may claim that he still enjoys his cricket, but then so did Kapil in 1994. The fact is Tendulkar would be deluding himself if he were to believe that he is still as passionate about playing cricket as he was in 1989 when he made his Test debut or in 1998 when he scored nine ODI centuries in a calendar year. What Australian cricketing great Ricky Ponting said, announcing his retirement from international cricket in Perth yesterday, is pertinent here: “I think the thing that struck home mostly was that only a few weeks ago I felt my preparation had been as good as it has been for a while. My Shield form had been good, I’d scored runs, I felt good about my batting, but when the big moments come around I haven’t been able to deliver what’s been required for the team.” In other words, there is a great deal of difference between what one thinks one can give and what one gives.

Again, the question is not about Tendulkar’s form or his failure to score of late, as many wrongly assume. Tendulkar definitely will score runs every now and then as long as he continues playing at this level. Every cricketer worth his team uniform can do it. If Rahul Dravid, Sourav Ganguly and VVS Laxman were asked to come out of retirement, even they could rack up runs in one match or the other. So that is not the question. The question is: What is Tendulkar doing there? What is he trying to achieve? What is left for him to prove?

The Board of Control for Cricket in India (BCCI) may feel that Tendulkar needs support at this juncture as he is going through a rough patch. However, Tendulkar is not an aspiring youngster like Virat Kohli or Suresh Raina who needs such encouragement. He is not even plodding painfully, like Kapil was, towards a tantalisingly close world record to require any backing. Such talk of ‘support’ in fact is an insult to Tendulkar’s stature. The irrepressible Navjot Singh Sidhu, on the other hand, has come up with the argument, “We don’t have VVS Laxman, Rahul Dravid and Sourav Ganguly any more in the team. So we badly need experience and till the time we find an option we just cannot think about Tendulkar’s retirement.” Pray, how will we find ‘an option,’ if that option could not find any vacancy in the team? Would Cheteshwar Pujara have made it to the playing XI, if a declining Dravid had not retired?

Ponting’s words, at the press conference to announce his decision to retire, are illuminating: “It’s a decision I thought long and hard about, put in long consideration about the decision, at the end of the day it was about my results and my output in this series so far. It hasn’t been to the level required for batsmen and players in the Australian team. My level of performance hasn’t been good enough.” Those words were from a man who has played, as of November 26, 2012, in 167 Tests (13,366 runs at an average of 52.21) and 375 ODIs (13,704 runs; avg. 42.03), and whose “passion and love for the game hasn’t changed one bit.” 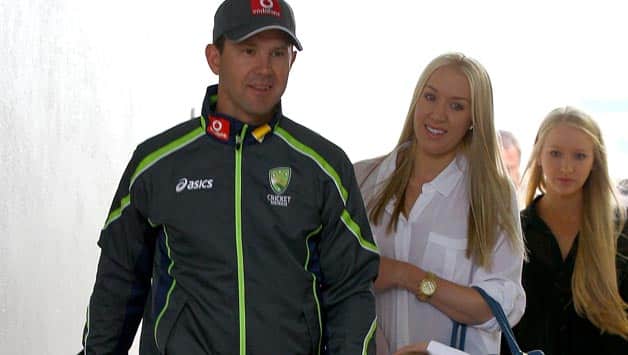 Asked with whom he discussed his retirement first, Ponting replied, “The lady sitting beside you there [his wife, Rianna Ponting] was the first one I spoke to about it. It was towards the end of the Adelaide game when I first started contemplating what it might mean, and contemplating if I believed within myself if I was good enough to play the way I’ve been known to play through the years. . . . We spoke long and hard and there’ve been a few sleepless nights over the last couple of days to reach the decisions, but I’m very comfortable with the decision I’ve made. I think timing-wise, it’s the right time.”

Tendulkar’s current problem is ‘timing’—on and off the field. He is just not getting it right.