Although the T20 format of cricket is hugely popular in India, it has been noticed that usually the participation of Indian players in the domestic T20 game is mostly limited to India, mainly in Indian Premier League (IPL). Contracted Indian players are not allowed to play domestic T20 leagues played outside the nation. It should be appreciated that, like IPL, the domestic T20s of foreign nations also offer the same intensity. Ayush Gupta takes a look at a few of the overseas domestic leagues that would suit Indian cricketers.

With the popularity of T20s shooting high and creating an atmosphere of craziness all around the world of cricket, it is not difficult to predict that this format is definitely the future of the game. However, it must also be kept in mind that the nation that brought this glorious look to this format of the sport was India through its cash-rich IPL.

With the tournament being held in India across quite a few venues involving eight (it was ten at one time) franchise teams, the competition has definitely been on the rise over the past few years and keeps rising with every passing year. IPL’s success leads to the emergence of talented, especially in the shortest format. As the competition grows, their talent comes in for the delight of global viewers, allowing them chances to gain recognition in the international circuit, later on. Kilikiti (or kirikiti): Cricket’s nearest relative

However, the weirdest part comes to the subject of the participation of Indian players in other T20 tournaments. Contracted Indian players are not allowed to participate in T20 competitions across the world. The perception sounds weird, because if players from other nations are participating in IPL, BCCI should ideally reciprocate by allowing its players to participate in their domestic T20 leagues.
The vision should not be limited to just the volume of cricket, the money involved or national importance. The exposure of a player to different conditions that make him an all-round cricketer and enhances his credibility and increases his chances to perform better in those conditions at a later stage, especially when he is on national duty. It is not that the overseas domestic T20 competitions do not have quality and competition as of IPL. I broke my finger while watching an India-South Africa match!

The few of the overseas domestic leagues, which the Indian player should well participate are:

Big Bash League (Australia): If any other domestic T20 tournament that has the quality and glamour after IPL, it has to be Big Bash League (BBL) in Australia. BBL is comprised of eight teams and follows a round-robin format. BBL is mostly considered ‘Power Cricket’ and draws good viewers and players from around the world. Though it does not have the financial backing and glamour of IPL, the quality of cricket in the competition will help Indian cricketers get adjusted to Australian conditions. The large Australian grounds and pace-friendly conditions will help the cricketer develop power-hitting skills and make him stronger in the conditions. Nonsense pandered in the name of cricket analysis

NatWest T20 Blast (England): This is one of the toughest competitions in the world of T20 cricket, for it has more teams than any other competition in the world — 18. NatWest T20 Blast involves some of the best T20 teams in the world along with the best players. The teams are divided into two groups — North and South divisions. Following two months of round-robin format, the knock-out competition kicks in with the quarter-final. The stiff competition produces a better talent pool and helps improve a player’s gameplay and approach. Though Indians have participated in the County Championship, the T20 Blast has failed to attract Indian participation (Murali Kartik being the biggest exception). When Cricket invaded North Korea

Ram Slam T20 Challenge (South Africa): South Africa, too, have the Ram Slam T20 League, a one-of-its-kind platform to showcase the young cricketing talent in this format of the game. The six teams are undoubtedly among the strongest T20 teams in the world, as they have consistently proved their worth in the Champions League T20. Ram Slam T20 League showcases players from South Africa as well as other nations and do not have a restriction regarding the number of participation of overseas players. With India having a poor record in South Africa, participation of Indians in the league could bolster their chances of studying the conditions well and read the bowlers properly. It would in turn allow them to perform better in the future games in the Rainbow Nation. IPL 2010: A Yusuf Pathan ton watched by mistake

Caribbean Premier League (West Indies): Caribbean Premier League (CPL) brings in quality T20 cricket. The big guns of West Indian cricket (almost all of whom play the IPL) all participate in the tournament. CPL can provide a good platform for Indian players to perform well on Caribbean soil. BCCI should act upon it by allowing its players to participate in this six-team tournament in order to allow the prospects of performing better in the island nation. MS Dhoni: Albus Dumbledore of the cricketing world

Barring IPL, these four domestic T20 leagues discussed above are the biggest. Though not as financially strong as IPL, these can be the best platforms a player can get in order to build his career. BCCI should stop acting the supreme leader and start caring for the quality of Indian cricket instead of caring for the credibility of IPL as the biggest T20 league in the world. 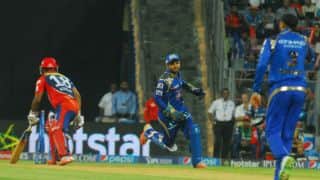 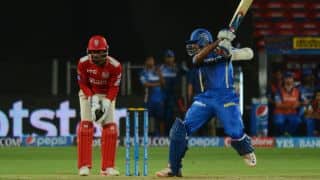