Shreyas Iyer, the 20-year-old batsman from Mumbai, is one of the six batsmen who have scored over 400 runs in the Indian Premier League (IPL) 2015 so far.

Shreyas Iyer, the 20-year-old batsman from Mumbai, is one of the six batsmen who have scored over 400 runs in the Indian Premier League (IPL) 2015 so far. The five other batsmen who have breached the mark are international players, which makes Shreyas’s feat all the more commendable. Nishad Pai Vaidya traces the Delhi Daredevils’ opener’s exciting career graph so far.

Shreyas Iyer is the frontrunner to win the Rising Star Award in the Indian Premier League (IPL) 2015. The 20-year-old batsman has played with a dash of fearlessness and has been one of the few bright spots for Delhi Daredevils (DD) in what has been a very disappointing season. Although DD are certain to crash out of the IPL 2015, Shreyas can return home with his head held high — knowing that he has made rapid strides in his IPL debut season.

At present, Shreyas is fifth in the list of the leading run-scorers in the IPL 2015. In 13 matches, he has smashed 413 runs at an average of 34.91 with four fifties. More importantly, he has got them at a good strike-rate of 129.32. Only six players have scored over 400 runs this season. Shreyas finds himself in the league of David Warner, Ajinkya Rahane, Virat Kohli, Brendon McCullum and AB de Villiers — some of the best batsmen in world cricket. For a youngster to be find himself alongside such names in his maiden season is truly remarkable. For the Mumbai-based lad, the journey ahead is one of exciting possibilities.
Shreyas rose through the ranks in Mumbai’s age-group cricket. Learning his trade in the khadoos Mumbai school of cricket, the youngster has picked some of the most important principles of batting. Although a bit irreverent in his strokeplay at times, Shreyas has the hunger to dominate bowlers and score big. He has the insatiable hunger for runs that Mumbai batsmen over the decades are well known for. It isn’t only about getting those runs, but also about imposing one’s dominance on the game. Shreyas embodies those characteristics in his strokeplay in the manner he shapes late to essay certain strokes. Even if he is committed to play a certain stroke, he has in it him to make the late adjustment and play a different stroke.
The IPL has given Shreyas the big stage to showcase his talent. To get a better picture of his abilities, one must look at his pre-IPL track record. He was a part of the Indian team for the ICC Under-19 World Cup 2014. He performed well at the under-19 level, showing that aggressive streak consistently. In fact, he wasn’t a fixture in their playing XI but signed off with a couple of fifties in the tournament. That exposure held him in good stead as he was destined for higher honours in First-Class cricket.
The true testament to Shreyas’s character and talent is his performance in the Ranji Trophy. He came in at a time when Mumbai cricket was fighting to regain lost glory. A few retirements meant that a young side had to carry that heavy mantle forward. At the age of 20, Iyer became the symbol of hope for Mumbai, which prides itself on performance in the Ranji Trophy. In 10 matches, he scored 809 runs at an average of 50.56 with two hundreds and six fifties. What makes this incredible is the fact that he started off at No. 7 but earned his way up to No. 3. In his first-ever stint at No. 3, he hit 153 against Bengal and cemented his place at the top.

Shreyas’ feats were difficult to ignore and DD did not mind spending a whopping sum of Rs 2.6 crore for the unheralded youngster. As one of the young domestic players in the auction, his initial price was Rs 10 lakhs. The fierce bidding round showed how his precocious talents were valued. It is fair to say that he has lived up to the price tag this year. The challenge now is to live up to it next season, when teams would be well aware of his strengths and weaknesses. Nevertheless, India have unearthed a gem in Shreyas Iyer. 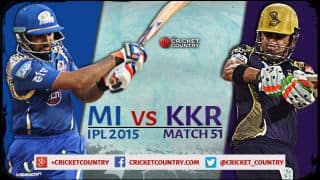