Terry Pratchett understood cricket. When Nation — Pratchett’s first non-Discworld novel since Johnny and the Bomb (1996) came out as late as in 2008; the world read it with lumpy throats and teary eyes. The masterpiece, revolving around Emintrude (Daphne) and Mau — and, of course, The Nation, went on to win the Michael L Printz Honour Book in 2009.

Terry took Death’s arm and followed him through the doors and on to the black desert under the endless night.

When Daphne’s father arrived to The Nation in pursuit of his daughter, he taught the natives cricket (with rifles for stumps). A native woman called Cahle, following proper training, turned out to be a fearsome fast bowler:

“Daphne’s father declared that not only was Cahle the fastest bowler he had ever seen, but she also had an almost Australian talent for vicious and forensic accuracy with the ball. After the first three whimpering soldiers were carried down to the lagoon so they could sit in the water until the stinging died away, the fourth man took one look at her thundering toward him with her right arm swinging and ran away into the woods, clutching his helmet over his groin. For the sake of the game she was banned from bowling after Daphne’s father explained that women should not really be allowed to play cricket because they fundamentally didn’t understand it. But it seemed to Daphne that Cahle understood it very well, and therefore tried to get it over with as quickly as possible so that they could get on with something more interesting, since in her opinion the world was overwhelmingly full of things that were more interesting than cricket.”

But cricket kept coming back — “Of course we don’t generally carry royal anointing oil here but my lads make a coconut oil that keeps cricket bats nice and supple. I hope that will be sufficient.”

Yes, Pratchett understood the game — a statement that is not, unfortunately, true for many of the “passionates”. And Nation was certainly not the only example. 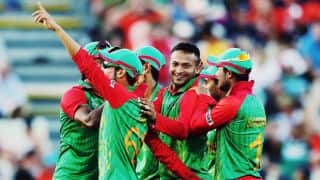