Sri Lanka take confidence into next match despite defeat

Sri Lanka take confidence into next match despite defeat

Sri Lanka finally had some success with bat against England after having a pathetic time with in the first Test and half of second Test, when they were crushed by England’s lethal bowling attack. No one expected them to come back so emphatically in the second innings at Durham after three meek capitulations in a row. The team is in a rebuilding phase, but that does not mean they cannot put up a fight. The trio of James Anderson, Stuart Broad and Chris Woakes shredded Sri Lankan batting order into pieces, bundling them out for 101 in first innings. England enforced a follow-on once again, much like first Test at Headingley. The visitors trailed by 397 runs. A result similar to the first Test looked on the cards. The Sri Lankans started with caution, treating the new ball with respect, leaving the swinging ball outside off-stump, playing the ones close to their bodies, avoiding off-side edges. ALSO READ: Cook 1st ENG batsman and youngest-ever to score 10,000 Test runs

But they could survive for only 98 deliveries as Chris Woakes took his 5th wicket of the match, removing Dimuth Karunaratne. This was his first loose shot of the match as he edged to Joe Root at second slip. Karunaratne was timing the ball well, but had to go back to the pavilion. At the other end, Kaushal Silva was in a defensive mode, trying to save the day for his team. Kaushal Mendis, top-scorer in the first innings, walked out to bat. Once he got his eyes in, he decided to take on England’s spearhead Anderson, striking him for three boundaries in an over. Unfortunately, Anderson had the last laugh, as he forced Mendis to drive and edge the ball into the gloves of Jonny Bairstow.

Angelo Mathews promoted Lahiru Thirimanne, who had shepherded the tail in the first innings before the show had ended with a slog. He made the mistake to take Moeen Ali lightly and paid the price: Moeen cleaned him up with a straighter delivery through the bat and pad to castle his stumps; Thirimanne got out for the second time in the day. It looked like an encore when Mathews came to bat. He had a long chat with former opener Sanath Jayasuriya in the dressing-room, for his last 3 Tests had yielded an average of a mere 14. He needed to lead from front. After a few hiccups he played himself in.

Mathews lost Silva for a composed 60. Silva was unlucky to some extent, as the ball bounced off a length and went up in the air; Bairstow called for it and took the catch comfortably. Mathews tried to build his innings again along with wicketkeeper Dinesh Chandimal who came into bat despite injury. Mathews decided to take on Moeen and struck him for a few boundaries. He reached his half-century in no time and started scoring more than run a ball. But Anderson returned yet again, dimissing Mathews after a brief but intense duel. Sri Lanka were in danger again and the thought of another innings defeat loomed over.

But Chandimal stood up for the task and got glued on the pitch. This was nothing new to him. Last year at Galle, he had single-handedly turned a Test against India on its head, playing one of the finest innings of the decade. Milinda Siriwardana was doing well too, handling the short balls well. At this point the England bowlers and fielders looked tired; it did not help that the ball was getting old as well. There was little reverse-swing, and neither Moeen nor Root seemed to pose any threat. Both batsmen went after Root, hitting boundaries, working the ball into wide gaps, picking up twos, narrowing the trail with each run. The new ball was taken with 4 overs were left in the day. Anderson and Broad bowled two overs each, but Chandimal and Siriwardana stood their ground. The score read 309 for 5. They lived to see another day.

Come Day Four, and Siriwardana fell early, edging to Alex Hales at third slip. It seemed England would wrap up things quickly, but they still had to contend with a rampant Chandimal. He got support from Rangana Herath, not the most talented of batsmen, but with truckloads of experience under his belt. They peppered with the short ball, going for his body, but he survived the attack thanks to a few dropped chances. Chandimal went on to become the 8th wicketkeeper to score a century when a team was following-on. He pumped his fists in ecstasy, celebrating the moment, took fresh guard, and continued. Meanwhile, Herath too started hitting the ball well and completed his half century.

Herath got to a peach from Anderson that trapped him for 61, but not before sharing a 112-run partnership with Chandimal to avoid the innings defeat. Shaminda Eranga did not last long, falling to Anderson for 1. Chandimal, by now desperate to score as many runs as possible, decided to take the bowling on and fell to a blind slog off Broad. His off-stump was shattered, and with him went Sri Lanka’s chances of putting up a competitive total. They still managed to post 475, which was way more than the sum of scores they managed in the first three innings. Despite losing the match Sri Lanka has some positives to take from this match and put up a decent show in the last match of the Test series. Had this effort come in the first innings the match would have ended up on a different note going right down the wire on Day Five. 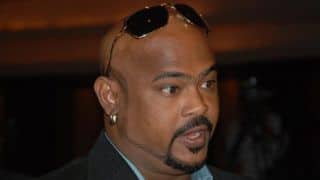 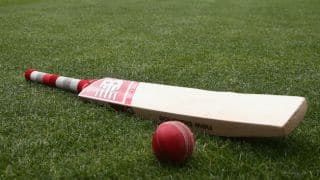